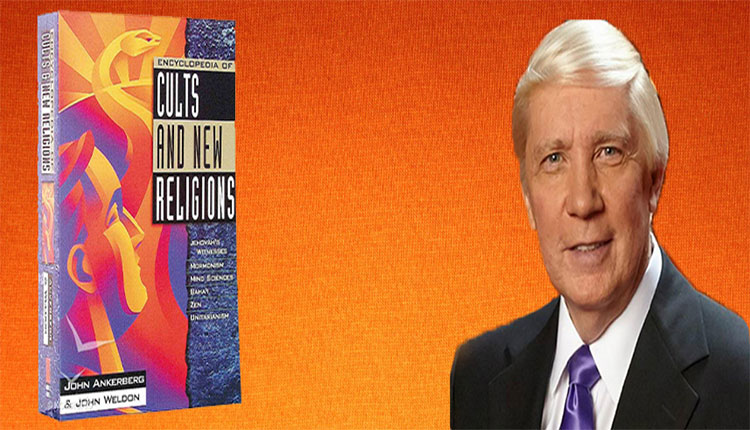 In this two-part article we will briefly examine:

(1) The Baha’i approach to other religions

(4) The Miller analysis of the Baha’i Faith

The Baha’i Approach to Other Religions

Udo Schaefer tells us that his rejection of historic Christianity was not based on science and scholarship (presumably meaning facts) but on his faith in Baha’u’llah’s claim that all religions are one. Assuming the truth of this, religions must then contain “no essential contradictions,” “for God does not contradict Himself.”[1] The truth is that every religion in the world conflicts with every other religion.

In his article, “Baha’i-Christian Dialogue” in the Christian Research Journal, Dr. Francis J. Beckwith makes a good point here, which will introduce our discussion of the Baha’i approach to comparative religion:

Table 1. Baha’ism vs. Other Religions

The problem for Baha’i World Faith is clear. How can Baha’is retain credibility for their claim to accept and honor other religions? The only way Baha’is can “successfully” defend their syncretism is through a subjective, mystical approach to other scriptures, or through emphasis on a monistic religious experience to the exclusion of scriptural study, or by attempting to unite all religions merely upon surface or common characteristics (generally vague ideas on love, worship, God and so on).

To illustrate further, there are irresolvable theological problems in attempting this kind of religious syncretism. For example, how can the concepts of God in the “Religious Founders’ Concepts of God” chart ever be reconciled?

Even when we compare Baha’ism with just one other religion, Christianity, the problems are still insurmountable.

Finally, putting comparative religion aside for the most part, even Baha’i claims relative to itself are problematic.

2.Be uneducated, with no status

3.Fulfill prophecy and foretell their successor

6.Have a self-validating truth based on their character

However, even a cursory examination of the Manifestations, whether they number six, eight, nine, ten or fourteen (as they have been numbered throughout Baha’i history) fail to fulfill the above criteria. For example:

Few were sinless; all other Manifestations admitted to their sin (for example, Adam, Moses, Abraham, Buddha, Confucius, etc.)

Neither Moses nor Confucius were uneducated or without status.

Neither Krishna nor Buddha maintained a particularly high ethical standard in conduct or philosophy!

Jesus foretold no successor; indeed, considered sequentially in history only some of the Manifestations ever prophesied their specific historic successor. Though, as claimed, less of them accepted the teachings of their alleged predecessor, Baha’u’llah included!

None brought true harmony among men, even among their own followers. Jesus specifically prophesied He would bring great division (Matt.10:34-37)!

As a whole, the Baha’i Manifestation self-validating truth can hardly be based on his character and teachings, when he is morally flawed or contradictory.

The scriptures of the Baha’i Faith present serious problems for the faithful who believe in science, reason, and progressive revelation.

Indeed, in light of the “divine” requirements expressed in the Baha’i Most Holy Book (Aqdas), written by Baha’u’llah, one wonders whether Baha’u’llah would look with favor or scorn upon most Baha’is today; for they do not abide by its authoritative teachings. The Aqdas is, as Miller notes, a book more relevant to the middle ages, than to the twenty-first century. For the greater part it comprises a restatement of the Bab’s Bayan, which Baha’u’llah, strangely, forbade others to read.[9] It embodies few of the major principles for which Baha’is are known today.

Anyone who reads the Aqdas will recognize how antiquated it is. Yet this is the Baha’i Bible, the most important text of all. In his will, Abdul-Baha declared that to it “everyone must turn,” and this was also a reflection of his father’s sentiment.[10] Indeed, so important is this alleged divine revelation that it is the text upon which the “theocratic” millennium will be based, wherein Baha’is will rule the world! Its provisions “must remain inviolate for no less than one thousand years, and its system will embrace the entire planet!” [11] In other words, this book will remain binding well into the 29th century!

One can appreciate the dilemma here. Is a “medieval scripture” truly authoritative for the next 10 centuries, or was Baha’u’llah simply wrong? If the latter, he cannot be a prophet. But if it is authoritative, why do not even Baha’is practice its precepts, as “commanded by God”?

For example, “worship for the dead” (emphasis added); intricate inheritance laws (to children 9/42 or 540/2520; to teachers 3/42 or 180/2520 and so on), [12] regulations for daily worship, regulations for fasting, punishments for criminals (the branding of third-offense thieves; payment of $21 for committing adultery; the burning to death of arsonists; use of capital punishment; limit marriage (to one or two wives; Baha’u’llah himself had three wives at the same time).[13]

Do Baha’is wash their hands every day, then their face, then sit facing God and say ninety-five times, “God is most splendid”?

Yet these are all laws by which Baha’is are to be living. But do Baha’is believe and practice these laws? Do they live by them? If not, why not? Are they not God’s commands? Can Baha’u’llah be believed in anything if not in all things?

Baha’is respond by claiming that the time “has not yet come” for the laws of the Aqdas to be put into effect. But a reading of the Aqdas indicates that Baha’u’llah expected his people to abide by the Aqdas for at least one thousand years. “Perform the stipulations and ordinances of God. Then keep them as you keep your eyes.”[14]

One wonders why Baha’u’llah, the most superior Manifestation of God to date, would write a book containing so many laws and regulations if not to have his people obey them? Of course, if the Baha’i community began following the commands of the Aqdas, it would have to abandon its modern “progressive” reputation. Thus, the fact that Baha’is do not obey the commands of God’s Manifestations would seem to indicate they do not believe that such writings are truly authoritative. Our conclusion must be either that the Aqdas is outdated or that it is not a divine revelation. It would seem difficult for Baha’is to expect others to accept their Bible as divine if the community of believers does not treat it as such.

The Miller text (of the Aqdas English translation) should be read in its unabridged entirety, as it comprises a devastating and, to our way of thinking, fatal evaluation for the Baha’i community.[15] Miller’s unabridged edition is one of the few places where one can find an unbiased translation of the Aqdas. With our space limitations here, however, we can at best scratch the surface of this text. To begin, Dr. Miller ends his analysis with a relevant criticism of the Baha’i World Faith and its claim to represent a valid religion for the world and its future:

With its lack of clarity in its doctrine of God; with its legalism which characterizes its Most Holy Book; with its prescription in this Book of practices long since outdated; with the inadequacy of its treatment of sin and of its provision for the cure of evil in man; with the vagueness of its teaching about life after death; with the gross failure of its founders to exemplify among their own families the love, they so strongly advocated; with these and other defects which are manifest in its history, can the Baha’i World Faith be an adequate religion for the world of today, and for the millennium to come? Only one answer is possible, and that is decidedly negative.[16]

Miller discusses many interesting points, some of which we reproduce in abbreviated fashion and others which were pointed out in the section “Critique of Baha’i History.”

1. The Bab expected to be the true Manifestation for at least 1511 years. This is a reason why not all Bahai’s accepted Baha’u’llah as the next manifestation.[17] The Bab had said that the next prophet would abrogate his laws (as each one is free to do), but if, in retrospect, the Bab was wrong about the next prophet and Baha’u’llah was the legitimate successor, how could he himself be a legitimate prophet?

2. Why has the Bab’s Bayan been kept from the laity? Is it due to the fact that much of it is “of almost inconceivable incomprehensibility”? Or is it because its laws that were not abrogated by Baha’u’llah must then still be in effect and ruling Baha’is find them difficult to believe, let alone implement? [18]

4. Baha’is, of course, reject Millers’ work. “Anyone who questions the accuracy of the authorized version of Baba-Baha’i history is denounced as an enemy of the Cause of God.”[22] Given this fact, isn’t the Baha’i principle of “independent investigation of truth” then hypocritical? If Baha’is are forbidden to read any translation of the Aqdas by non-Baha’i scholars, if the House of Justice has sole authority to interpret Baha’i scripture, how can the Baha’i member possibly live by his own principles?

5. Miller supplies numerous examples of the moral failures and authoritarianism of Baha’i founders. For example, a quarrel between Baha’u’llah and his brother led to the murder of several people on both sides. And Shoghi Effendi excommunicated his parents and many relatives for disagreeing with his policies.[23] Baha’u’llah’s authoritarianism was evident: [24] “If he declares water to be wine, or heaven to be earth, or light to be fire, it is true and there is no doubt therein; and no one has the right to oppose him, or to say ‘why’ or ‘wherefore’…. Verily no account shall be demanded of him for what he shall do…!” [25]

6. Miller documents numerous errors by “infallible” Baha’i leaders. Baha’u’llah and ‘Abdu’l-Baha both engaged in exaggeration, inaccuracies and deception.[26] For example, we are told that the name of Moses had not been heard in Iran before the time of Christ. We are told that Baha’u’llah achieved (past tense) the uniting of all religious faiths in the Orient into a brotherhood of love. We are told that he spent forty years in prison, while he didn’t.[27]

In light of the sobering facts that Miller brings to light, only a fraction of which has been presented here, one would think that it would be incumbent for every Baha’i to re-evaluate the validity of Baha’i religion. What genuine evidence exists for the truth of the Baha’i Faith? Do its founders’ lives reflect a godliness such as that found in the life of Jesus Christ or the Apostle Paul? True, many of the Baha’i ideals are commendable, but are they inspired? Is their ideal of religious unity based on divine revelation or on religious deception?

We cannot stress enough that Baha’is should become independently acquainted with the other side of their history through Dr. Miller’s analysis. If their own research confirms his conclusions, they should, at least, act in accordance with their individual conscience.

(born December 10, 1945) is an American Christian television host, author, and speaker. He is an ordained Baptist minister and has authored or coauthored more than 150 books and study guides. Ankerberg earned an undergraduate degree from the University of Illinois at Chicago, an M.A. in Church History and Philosophy of Christian Thought, and a Master of Divinity from Trinity Evangelical Divinity School. He earned a Doctor of Ministry from Luther Rice Seminary in Lithonia, Georgia. He was ordained Baptist minister. (Wikipedia)

15.The original William Carey Library edition (1974) is currently out of print, although large libraries should carry a copy or an interlibrary loan may be employed.