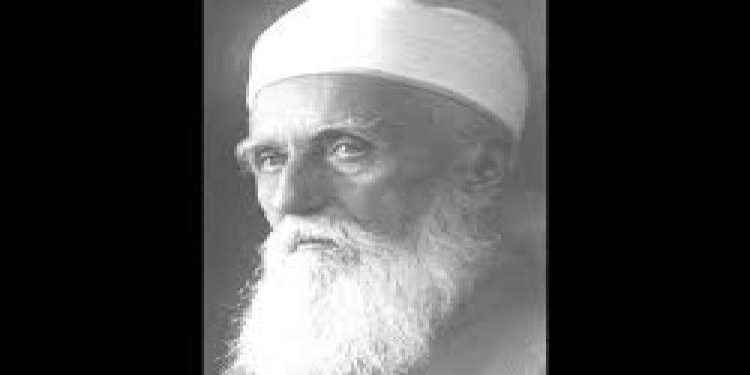 A Tribute to ‘Abdu’l-Baha and Doubts About His Will

This short essay is a circular letter or pamphlet that Kamar Bahai wrote in early 1953 called “Abdul Baha Abbas.” Section headings have been added. Mrs. Bahai praises ‘Abdu’l-Baha effusively and does not mention his long-term unresolved feud with Mohammed Ali Effendi. She alleges that the Will and Testament of ‘Abdu’l-Baha was forged and expresses concern that the content of the will, if accepted as his own, would undermine his reputation. In light of the conflict between her uncles which she ignores in this essay, her rejection of the purported testamentary document seems motivated in part by a desire to protect ‘Abdu’l-Baha’s image and that of the Bahá’í Faith, since he was a muchadmired public figure who spoke for the new religion.

Kamar Bahai claims that “certain persons looking after their own private material benefit” wrote the will attributed to ‘Abdu’l-Baha, but she does not identify these persons. According to her daughter Negar Bahai Emsallem, the story passed down in their family is that the appointment of Shoghi Effendi Rabbani to a position of “Guardianship” was the idea of his grandmother, Munirih Khanum, the wife of ‘Abdu’l- Baha. It is conceivable that she, perhaps along with her daughter Zia’- iyya Khanum (the mother of Shoghi Effendi) or other close relatives, could have forged all or part of the Will and Testament of ‘Abdu’l-Baha with the intention to become powers behind the throne in Shoghi Effendi’s ministry, since as Kamar Bahai points out, he was just a boy when the will was written.

However appealing this possibility may be for those who have disagreed with the institution of Guardianship of the Baha’i Faith or Mr. Rabbani’s exercise thereof—or who would prefer to purge Abdu’l- Baha’s harsh and combative last words from the historical record—the forgery theory remains mostly conjecture, unsupported by any convincing evidence.

The Life of Abbas Effendi

‘Abdu’l-Baha Abbas was born at midnight on the 23rd of May, 1844, in Tehran, the same year that “The Bab” proclaimed his mission to the world.

When Abbas Effendi was scarcely nine years old, his father was arrested and imprisoned in Tehran. The mob attacked his house and looted it; the family was stripped of its property and left to suffer the sting of hardship and poverty.

Abdu’l-Baha Abbas was so attached to his father that he almost appeared to act as his bodyguard. Being constantly around him, his father educated him as he wished and brought him up as he saw fit, sowed in him the seeds of his principles, built in him a strong personality, imbibed him with the spirit of humanitarianism, and taught him that those who serve humanity achieve victory in the end. He told him that to be a good Bahá’í, he should love the world and humanity in general and try to serve it and labor for universal peace and brotherhood.

Abdu’l-Baha Abbas graduated from his father’s school a strong spiritual personality; he was wise and generous, a father to the needy and a guide to those who went astray. He drew his sublime principles and humanitarian ideals from the school of life and the hardships of experience.

The despotic rule of Abdul Hamid having terminated in 1908 and the then young Turkey having extended a general amnesty for all prisoners, ‘Abdu’l-Baha Abbas was released [in his mid or late 60s] from the prison which he had entered as a boy At that age Abbas Effendi took upon himself the responsibility to propagate his father’s mission, proceeded to Egypt, Switzerland, France, Germany, Hungary, Great Britain, the United States of America, and Canada, and there preached his father’s principles and. Humanitarian ideals which were deeply rooted in him. In the course of his visits to those countries, thousands of people heard him preach the principles of his father, in churches and in every type of religious institution, and millions of people read about the teachings of Baha’u’llah in the local newspapers; and so in virtue of his magnetic personality he was able to attract men and women of every belief and religion.

His followers loved him greatly and he reciprocated their love, he lifted their standards morally, spiritually, and materially to the limit of his capacities, and he endeavored with all his might to come to the rescue of those who were materially in need as well as to those who sought moral assistance.

Allegation of Forgery of ‘Abdu’l-Baha’s Will

This beloved religious leader who called himself ‘Abdu’l-Baha— meaning the servant of Baha’u’llah, his father—who was led by his father’s personality in darkness and guided in solving problems; this leader who carried out his father’s teachings almost literally without originating anything new himself or misconstruing; do you believe, dear reader, that this servant of Baha’u’llah, this honest and good man could in any way deviate from the path his master drew for him for the advancement and leadership of the Bahá’í movement? Certain persons looking after their own private material benefit originated what they called a will and attributed its issue to Abbas Effendi, in which he was supposed to have nominated his grandson [Shoghi Effendi Rabbani] to the spiritual leadership of the movement. This grandson who was at that time a young boy and therefore unable to realize the extent of the great responsibility that was being entrusted to him by those persons, is, in my opinion—and I have undeniable evidence to this effect—unable to realize it up to the present moment. Those persons, whether they intended or not, have certainly committed an unforgivable sin against Abbas Effendi. A will contradicting his father’s Will! This is to Shame, Shame itself, especially as the sacred nature of a will is respected not only by the Easterners but also by the nations of the world. Moreover is it believable that Abbas Effendi should have tampered with [i.e. contradicted] his father’s Will so long as he knew that he had no right whatever to change any-thing in it, especially as his father had limited the succession, in case of death, to his brother, Mohammed Ali Effendi?

Those persons who originated the will and pretended to venerate Abbas Effendi attached to him a disgrace which the commonest of people would have resented; so how much more with him, the great religious leader, for they have pictured him as a disobedient boy violating his father’s Will, the same Will which gave him the right to the leadership.

His brothers respected the holiness of their father’s Will and accepted it and extended their help in the struggle for the propagation of the movement.

On Friday the 25th of November, 1921, Abdu’l-Baha Abbas as usual attended Friday prayers and personally distributed alms to the poor and needy and returned to his residence. Three days later, on the 28th of November, he died, leaving according to his father’s Will the spiritual leadership of the movement to his brother, Mohammed Ali Effendi.