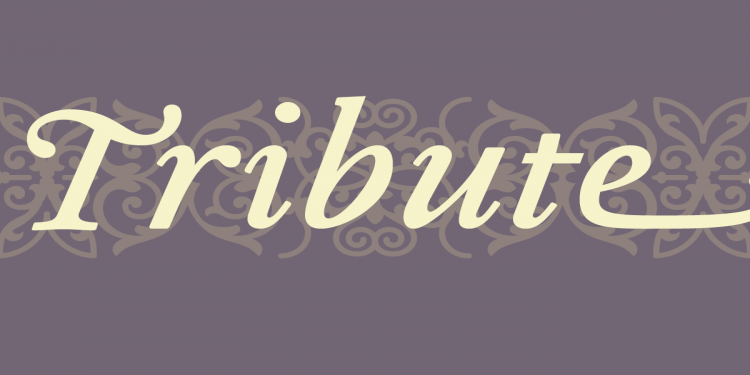 A Tribute to Mohammed Ali Effendi and Obituary

This short essay is a circular letter or pamphlet that Kamar Bahá’í wrote in February 1953 called “Mohammad Ali Effendi.” Section headings have been added.

While eulogizing her uncle Mohammed Ali, Mrs. Bahai claims that some “intriguers” schemed to drive a wedge between him and her uncle Abbas Effendi “by magnifying trifling incidents” so as to “increase the misunderstanding between them.” Although she doesn’t specifically identify these intriguers, presumably they would have been members of the family or other important Bahá’ís who knew the brothers personally.

Based on Mrs. Bahai’s concluding remark about the appointment of Shoghi Effendi Rabbani as “a boy whom they were able to handle as they pleased,” the obvious implication is that she believed some members of‘Abdu’l-Baha’s immediate family wanted power in the faith to remain with themselves and their descendants, and thus had a motive to foster animosity between ‘Abdu’l-Baha and his half-brother Mohammed Ali, who represented a different branch of Baha’u’llah’s family originating from a different wife of the prophet.

I am reluctant to embrace this as a full explanation of the sectarian conflict; it seems to shift too much of the responsibility away from the central actors, the sons of Baha’u’llah themselves. However, Mrs. Bahai’s scenario does seem plausible as a significant contributing factor in the dissension, especially since the brothers’ disagreement was about subtle issues of theology and authority, on which relatively minor differences could have been magnified through repeated misunderstandings encouraged by people who did not wish to see them reconcile and work together.

In this regard, I should mention that Kamar Bahai’s daughter Negar Bahai Emsallem made it clear to me that her family did not believe ‘Abdu’l-Baha’s side of the family were the only ones to blame. She says that one other relative, in particular, was regarded by her family as sharing much of the blame for keeping ‘Abdu’l-Baha and Mohammed Ali Bahai apart, because he wanted his daughters to marry Mr. Bahai’s sons.

She asked me not to name this person, but even without the name, the story is relevant because it provides an example of how private interests may have motivated various family members to influence Baha’u’llah’s sons to maintain and deepen their feud.

Kamar Bahai’s further claim that the Will and Testament of ‘Abdu’l- Baha was forged seems much less likely than the obvious kinds of family intrigues, for the simple reason that the “intriguers”—to the degree that they existed—succeeded in causing ‘Abdu’l-Baha and Mohammed Ali Bahai to distrust each other and regard each other as heretics. Thus, they would not have needed to forge a will to strip Mr. Bahai of the successorship, because ‘Abdu’l-Baha would probably have seen fit to do that himself.

The Bahá’í Movement Was Sabotaged from the Inside

The records of history instruct us about the worldwide social movements and about the intrigues that centered around earnest reformers; they also bring to light conspiracies which were hatched by consummate plotters for no other reason than considerable personal benefit.

If it were possible for me to mention here instances of such intrigues as accompanied the social movements referred to above, I would have done so, but considering the limited space of this circular, this is clearly impossible. If interested, the dear reader could turn over the pages of history and discover for himself innumerable instances of the existence of  such intrigues.

The Bahá’í movement itself did not form an exception to the rule. The basest form of intrigue was minutely wound up around the movement and to a large extent succeeded in achieving its vicious aim, and, in my opinion, not without besmirching the reputation of loyal and good leaders. The intriguers, acting jointly to create a chasm in the Bahá’í family, aimed at separating the two brothers, ‘Abdu’l-Baha Abbas and Mohammed Ali Effendi, the legitimate leaders of the Bahá’í movement.

As I am now presenting to the reader a picture of the life of the Bahá’í leaders [in this series of pamphlets], I feel bound to put on record a [few] short paragraph^] on the life’s work of the second son of Baha’u’llah, Mohammed Ali Effendi—this son who was usurped of his right, whose good heart and noble character followed the principles of Bahá’ísm to the letter, whose humanity was boundless, this man of peace whose very virtues enabled the intriguers to take full advantage of his adherence to Bahá’ísm in order to destroy the last bridge that linked him with what they called the followers of Abbas Effendi, who were in fact the intriguers themselves and a few of their supporters.

I would like to quote extracts from the then local Arabic, English, and Hebrew newspapers when they mourned Mohammed Ali Effendi’s death. In this connection it is noteworthy to mention that even the famous review Great Britain and the East, which is regarded as the mouthpiece of the British government in matters of foreign policy, published an article on the occasion of his death bearing the heading “Bahá’í Leader Dead.” The kind reader will now read the quotations taken from Al-Difa, Filastin, Al-Jamiya Al-Islamiya, Post News, Palestine Post, Haboker, Haaretz, and Davar.

The picture of the deceased Mohammed Ali Effendi, the renowned and noble leader of Bahá’ísm, son of the great Baha’u’llah, the founder of Bahá’ísm. Mohammed Ali Effendi, whose father Baha’u’llah entitled him “The Mightiest Branch” [i.e. Ghusn-i-Akbar] wasbominTeheran,thecapitalofIran,intheyeari853. [He] accompanied his father to Baghdad and then to the capital of the caliphs [i.e. Constantinople] and finally to Acre where the founder of Bahá’ísm established his permanent residence.

His father educated him so profoundly that for all controversial matters regarding Bahá’ísm and other religions, he was consulted as an authority. Moreover he edited books  and wrote messages. As shown by his father’s letters and messages, Baha’u’llah specially favored him, and so much so that he nominated him to the leadership of the [Bahá’í] movement to follow his elder brother, the late Abbas Effendi, entitled “The Greatest Branch” [i.e. Ghusn-i-A‘zam], Mohammed Ali Effendi was a personality with a noble character, lofty heart and soul; a man of peace and above petty family quarrels, he instructed his followers to remain peaceful and quiet.

He was the inseparable secretary and confidant of his father.

Truly he was his father’s confidant, for his father during his lifetime entrusted him with the mission of preaching Bahá’ísm in India and Egypt.

He was the only son, among Baha’u’llah’s sons, to have been honored with such a responsible and weighty mission while the movement was still in its infancy and needed strong and imposing men. He succeeded in his mission and achieved the aims set out by Baha’u’llah, his father.

The fact that the founder of Bahá’ísm assigned the weighty responsibility of carrying out the mission to his son, Mohammed Ali Effendi [from] among [all] others, clearly proves that he had great confidence in his abilities to carry out such a mission.

It is not an exaggeration to say that with all his inherent qualities Mohammed Ali Effendi would have been an ideal leader to succeed his brother,‘Abdu’l-Baha Abbas.

This symbolic picture of the ideal leader, this noble heart, this wonderful character and elevated soul, this leader who loved Bahá’ísm and devoted his whole life to its service, his care for the edifice he had helped to set up [i.e. the Bahá’í Faith], his earnestness to prevent it from cracking and crumbling—all these obliged him to swallow in silence the great lie regarding the forged will [of ‘Abdu’l-Baha] which the malicious intriguers had fabricated, and who made use of the alleged misunderstanding [between the brothers] which they themselves invented in order to mislead public opinion and achieve their vicious ends. Consequently they tarnished the reputation of ‘Abdu’l-Baha Abbas and succeeded in discarding Mohammed Ali Effendi from the leadership, and entrusted it to a boy [i.e. Shoghi Rabbani] whom they were able to handle as they pleased—on account of his youth.