A Critical Discussion on the Changes and Fabrications in the Early Babi History, by the Bahá'í Leaders 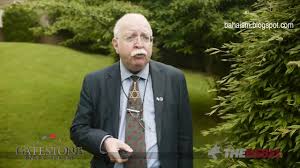 Matte Hausse:Is there a 2nd part to Dawn breakers?

David Mozayyen Merrick: Several points, from my understanding. Vol 1, which Shoghi Effendi provides a version of as "Dawn-breaker", is (per Ali Nakhjavani) the version Baha'u'llah rejected. The corrected version was stolen. It would probably be a bit awkward in my view for the House to release the manuscript that Baha'u'llah rejected, so what we have is the version Shoghi Effendi provides, Vol 2 has been mentioned above.

As far as I can see, Vol 1, although rejected by Baha'u'llah, is in *spirit* head and shoulders above the alternative histories, and this is because Nabil was living later in Baha'u'llah's presence drinking from His spirit, whilst the earlier writers were writing amidst the troubled journey there. Nabil was a poet, and does an unrivalled job of presenting an inspirational work, but as a poet probably (and at times very clearly) makes choices that benefit the poetic side over the factual, and perhaps this is why it got rejected for correction, immediately after lost to us. The earlier works seem to me often more accurate in places, often quite important ones, but often conveyed with a bit of the older spirit. So it makes sense spiritually for the initial work to have been provided to have been Nabil, but it is vital in terms of the facts of history to involve all the other accounts and let them take precedence at junctures wherever they seem preferable.

David Mozayyen Merrick: Perhaps it depends on what's meant by rejected. If we assume Baha'u'llah had a sin-covering eye, then perhaps he simply felt Nabil, as Nabil, could have done better than he did, set him on to make a better job, which Nabil did, albeit it was then stolen. In this scenario it wouldn't be a measurement of the work at an absolute level, but a relative one - the corrected version that was approved even if we ever recovered it would still also be flawed, just as anything human-made, and have to be correlated and corrected by other accounts - and perhaps this might have happened to anyone, as we probably could all with a bit of prompting do a better job of anything we do. Just my view. On that basis you'd have to not read anything) If you think rejected and corrected by Baha'u'llah meant incorrect and correct, that wouldn't be how I myself see it.

Barmak Kusha: Kavian jan, can you shed light on why Baha’u’llah criticizes Nabil’s work? We spoke of this briefly.... a citation would be great. I heard you say He criticizes Nabil’s inclusion of stories of the supernatural, «خوارق عاده» ...

Peter Smith: I had heard -a long, long time ago, and I have no idea whether or not it is true -that Baha'u'llah didn't like Nabil's original draft because it emphasized miracles too much.

Denis Mac Eoin: My understanding has always been that Dawn-breakers is not a fill translation of the history, but a cobbling together of a bowdlerized version created by Shoghi Effendi. When I saw the original many years ago in Haifa, no-one was permitted to stay long enough to read or translate the whole thing. That may have changed now. But it would be important for at least the whole of the Persian original to be published in book form or online. Without that, Nabil is of very limited use to academics. There are other histories that have not been published ort which have been made unavailable.

Badi Villiar: Ruhiyyyih Khanum also did not consider the Dawn-breakers to be the result of an academic (or a strict) translation effort of Nabil's narrative. To look: The Priceless Pearl (1969). Dawn-breakers is a simplification and recreation to raise the missionary spirit of believers!

Denis Mac Eoin: Badi, I am sure that matters to believers, but for a non-believer and academic such as myself who has written vast amounts about the Bab and Babism, things like missionary spirit are beside the point. The main thing is whether or not the narrative is reasonably accurate, whether it has egregious errors or not, and so on. If Bahá'ís believe that reason and religion go hand in hand, ignoring a reason-based approach to historical texts does not sit well with outsiders who are academics or even non-believers as such, including potential converts. Nabil's Narrative is not divine revelation and should, therefore, be judged by human standards. I don't mean Bahá'ís can't use it for inspirational purposes. But, as my own research has shown, there is a great deal that Nabil does not even mention in his history, and surely that should be of interest to Bahá'ís too.

Badi: Denis, I understand your point. You are right to prioritize your interests as an academic, who is also a non-believer. But it is also important to understand the purpose for which the Dawn-breakers was written. These things are very important when anyone studies a religion.

Denis: Badi, Thanks for your response. My only query is what you mean by 'the purpose for which Dawn-breakers was written'. Pretty well all religious histories written in societies, including Iran, are pious, sometimes mythological, texts, and I'm sure Nabil just wrote in that vein. Of course, modern historical study (in many variations) is disinterested in the purpose of writing such histories, which means that a variety of social, traditional, economic, and other factors must be taken into account when evaluating what was going on in the author's head. You are right that in the study of any religion, we must include how believers regard texts. But that doesn't stop things like Higher Criticism of the Bible or secular approaches to the Qur'an or the conflicting ahadiths shedding bright light into stories through textual analysis and so on. So long as there is not published edition of the original Persian narrative for critics to study, using Dawn-breakers in a study of Babi history –something in which I hope I have played a significant role– has risks. Can we even compare Nabil's Persian with Shoghi's overblown English style? That may be important if only to show whether Nabil was writing what he took to be a plain history while Shoghi set out to create a sort of New Testament, or vice versa. The main thing is getting Persian editions into publication after such an impossibly long time.

Badi: Denis, I suspect Nabil thought he was writing a rigorous story about the origins of Babism and the Bahá'í Faith. Of course, he probably couldn't help but do this within a certain pious stylistic framework, as you point out. I think Shoghi Effendi's Dawn-breakers is different. I think Shoghi Effendi's translation did not even inspire to be a more rigorous story, but a work of inspiration based on Nabil's narratives.

Peter Smith: As he himself states, Shoghi Effendi translated DB because he wanted to inspire the Western Bahá'ís to higher levels of dedication. However, he also included numerous footnotes from non-Bahá'í historians which suggests that he was also encouraging a more scholarly awareness.