In this article I want to point out some of the predictions of the so called ‘Great Baha’i Leader’ Abdu’l-Baha which never came true. All those predictions proved that he was a fraud and a great Liar. 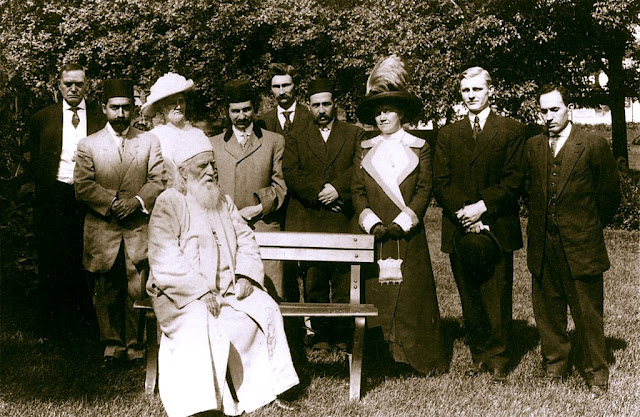 Abdu’l-Baha narrated in the book “Some Answered Questions” (Mofavezat) in the Chapter 11: Commentary on the Eleventh Chapter of the Revelation of St. John, page No.29 & 30. “In each cycle the guardian and holy souls have been twelve. So Jacob had twelve sons; in the time of Moses there were heads or chiefs of the tribes; in the time of Christ there were twelve Apostles; and in the time of Mohammad there were twelve Imams. But in this glorious manifestation there are twenty-four, double the number of all the others, for the greatness of this manifestation requires it.” It is clear from the above that Abdu’l-Baha believed that the successors of the past prophets were twelve in number and the successors of Baha’u’llah will be Twenty Four as the manifestation of Baha’u’llah is a glorious manifestation. Abdu’l-Baha himself was the first successor and he himself appointed the second successor and the guardian of Baha'i Faith in his life time to Shoghi Effendi. He has written in “Will and Testament” in many places in different manner. He has stated very clearly about the guardianship and different stations of Shoghi Effendi in his Will. Among all those stations the very important station is the Permanent Headship of the Universal House of Justice. Means the Universal House of Justice will always be headed by the Guardian of the faith. And remaining twenty two guardians, who will succeed to Shoghi Effendi, will be from the male children of Shoghi Effendi. Refer the Will and Testament of Abdu’l-Baha:

“O my loving friends! After the passing away of this wronged one, it is incumbent upon the Aghsan (Branches), the Afnan (Twigs) of the Sacred Lote-Tree, the Hands (pillars) of the Cause of God and the loved ones of the Abha Beauty to turn unto Shoghi Effendi -the youthful branch branched from the two hallowed and sacred Lote-Trees and the fruit grown from the union of the two offshoots of the Tree of Holiness,- as he is the sign of God, the chosen branch, the Guardian of the Cause of God, he unto whom all the Aghsan, the Afnan, the Hands of the Cause of God and His loved ones must turn. He is the Interpreter of the Word of God and after him will succeed the first-born of his lineal descendents.”

O ye beloved of the Lord! It is incumbent upon the Guardian of the Cause of God to appoint in his own life-time him that shall become his successor that differences may not arise after his passing. He that is appointed must manifest in himself detachment from all worldly things, must be the essence of purity, must show in himself the fear of God, knowledge, wisdom and learning. Thus, should the first-born of the Guardian of the Cause of God not manifest in himself the truth of the words:

By paying attention to the above writings of Abdu’l-Baha it is clear that all these things are the hidden news (Akhbar e Ghaibi) from Abdu’l-Baha as well as the constitution of the Baha’i Faith. The following results can be derived from the above text: That in the life time of Shoghi Effendi who was the Guardian after Abdu’l-Baha, the Universal House of Justice will be established. And it must be established. That the Head of the Universal House of justice will be Shoghi Effendi and the members of UHJ who are the pillars of the cause of God should obey Shoghi Effendi and whoever disobeys him, disobeys the God. And Shoghi will rule over the Universal House of Justice while all the member of UHJ will be under him. Means Shoghi had the right of dictatorship. That Shoghi will have a male child and his child will also have male child. Progeny of Shoghi will continue. Guardianship after Shoghi Effendi will be fixed by his Will and it is incumbent upon him to appoint guardian in his life time. That the guardianship must be in the male child of Shoghi Effendi means he should have first child as male and not the female (Because the women are having no right to be the member of Universal House of Justice then how they can be the head of the UHJ). And if his glorious lineage not be matched with a goodly character then must he (the guardian of Cause of God) choose another branch of Baha’u’llah (Aghsan) to succeed him. God proved all these forecast wrong.

This was the time when Baha’is divided in to different sects. Charles Mason Remey proclaimed himself the second guardian of the Baha’i Faith and wrote to Baha'i World that the Universal House of Justice should be established in his (Charles Mason Remey) guardianship. After his demise, group of Mason Remey divided into many groups but a major group of Remey is spread throughout the world and even in Inida. Head of this group Joel Bray Marangella lives in Australia. Many people have claimed as successor of Remey. Internet is the best source to know the details.

Thirdly: Shoghi Effendi died without a child (male and female). When his first born could not come into existence then what about his lineal descendents? This was the third lie of Abdu’l-Baha.

Fourthly: Shoghi Effendi died without appointing his successor. Thus the disputes started among the Baha'is. Some of them like the goats and sheep attached with them, and gave their milk and skins to the Haifa and some of them scattered here and there and some of them joined Mason Remey, Jamsheed Maani, Neal Chase, Joel Marangella, Jacques Soghomonian and others. Presently there are seven or eight sects of Baha’is. Shoghi died without appointing his successor. This was the fourth lie of Abdu’l-Baha.

In short the Wills of Abdu’l-Baha humiliated and insulted him completely after about 45 years and made clear to everybody that he was a fraud and a big liar. All his commandments about Shoghi Effendi remained aside and establishment of Universal House of Justice caused the disputes and sects instead of unity and peace.

“The twenty four holy souls which are “Adilla-i-Ism-i-Azam” are 19 souls, 18 Huruf-i-Hayy (Letters of Living) and one is Primal Point (Bab) and five souls are hidden in Malakoot-i-Asrar. Wisdom demands not to mention it. It will be mentioned later.”

(The title "Letters of the Living" (Huruf-i-Hayy) is used specifically to refer to the first eighteen followers of the Bab who became believers in his Revelation. Abdu’l-Baha and Shoghi Effendi are not from Letters of Living).

It is surprising that Fazil Mazanderani had included the Bab and eighteen Huruf-i-Hayy among the twenty four successors of Baha’u’llah while according to Baha’is Bab himself was a Manifestation. He was the Forerunner of Baha’u’llah. His advent was before Baha’u’llah and his cycle was ended before him.

He thought that by changing the word of guardians and holy souls (Ausiya and Asfiya) used by Abdu’l Baha as “Adilla-i-Ism-i-Aazam” will confuse the people and hide the lies of Abdu’l-Baha.

Anyway from the above it is clear that whatever Abdu’l-Baha forecasted all those forecasting became the cause of his humiliation. And guardianship could not continue even after the darning and justifications of Fazil-i-Mazanderani. Today Baha’is are fighting in this matter.

I hope the callers of “Independence Investigation of Truth” will independently investigate the truth.