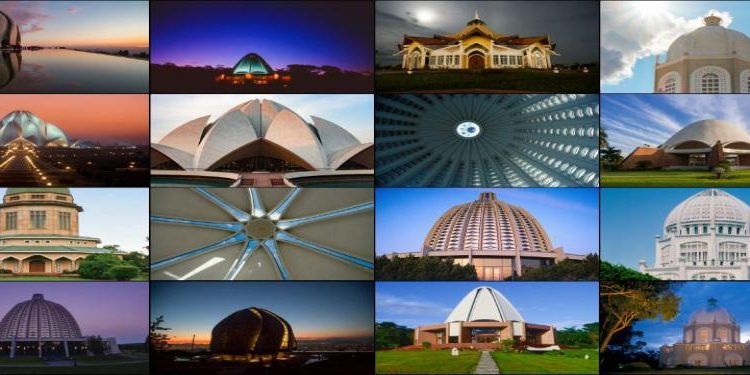 Although Babism never developed much beyond the stage of a sectarian movement within Shia Islam, it experienced a number of minor but interesting divisions, particularly in its early phase. The first of these involved the defection of three of the earliest converts of the Bāb, led by Mollā Javād Valīānī, who transferred their allegiance to Mollā Moḥammad Karīm Khan Kermānī, as the authentic head of the Shaikhi school . Although the scale of this defection was small, it did have repercussions on the Babi community at Karbalāʾ, whose leader, Fāṭema Baraḡānī (Qorrat-al-Ayn), a maternal cousin of Valīānī, wrote a refutation of his allegations against the Bāb. Valīānī’s concern centered on what he perceived as the Bab’s break with the conservative wing of Shaikhism. By thus distancing themselves from the Bāb’s claims, he and those who supported him helped sharpen the growing sense of division within the Shaikhi ranks and encouraged the Bāb and his followers to demonstrate a clearer identity for themselves. (See MacEoin, “From Shaykhism,” pp. 199-203.)

A more serious split occurred soon after this at Karbalā itself, where Qorrat-al-ʿAyn and a probable majority of the Babis of the region came into conflict with Mollā Aḥmad Ḵorāsānī and his supporters. The issues involved in this dispute were complex (and are dealt with in contemporary materials written by the chief participants), but the central point of contention appears to have been the status accorded Qorrat-al-Ayn and other Letters of the Living (ḥorūf al-ḥayy; see babism). As with Valīānī, Ḵorāsānī’s principal worry was that the Bāb and his chief followers were claiming (or, in the case of the former, having claimed for him) a quasi-divine status out of keeping with a more conservative Shia interpretation. This quarrel appears not to have been fully resolved before Qorrat-al-ʿAyn was forced to leave Karbalāʾ for Baghdad and, eventually, Iran. (See MacEoin, “From Shaykhism,” pp. 203-07.)

Qorrat-al-Ayn apart from her dispute with Ḵorāsānī, came into conflict with other Babis over her radical interpretations of doctrine, in particular her tendency to push for the abolition of the Islamic religious Law (šharīʿa). Something of this division seems to have surfaced during the famous Babi conclave held at Badašt in Māzandarān, in the summer of 1847, when Qorrat-al-ʿAyn led an abolitionist party in opposition to a poorly-defined group who resisted such a radical development. There are indications that a wider split occurred between the radicals at Badašt and the followers of Mollā Ḥosayn Bošrūʾī at Shaikh Ṭabarsī (see Noqṭat al-kāf, pp. 153-54, 155).

After the Bāb’s death in 1850 and the death or dispersal of most of the Babi leadership, divisions of a more complex nature occurred within the surviving community. In Iran and in Baghdad, where a core of sect members took up residence under the leadership of Mīrzā Yaḥyā Nūrī, Ṣobḥ-e Azal , over twenty individuals made separate claims of divine inspiration, usually based on the ability to compose verses (āyāt)! Most notable among them was the Azerbaijan-based Mīrzā Asad-Allāh Ḵhoʾī (Dayyān), whose followers became known as Dayyānīs. His movement was short-lived, however, ending after his assassination in 1856.

The divisions of this period culminated in the increasingly bitter dispute between Ṣobḥ-e Azal and his brother Mīrzā Ḥosayn-ʿAlī Bahā. From about 1866, this leadership quarrel hardened into a permanent division between Azalī and Bahá’í Babis. (See MacEoin, “Divisions and Authority Claims.”)

The history of Bahá’ísm as a distinct movement is punctuated by divisions of varying severity, usually occurring as responses to the death of one of the religion’s leaders. It has become an article of faith in modern Bahai circles that the religion is protected from schism by the Covenant system of authoritative succession (see below). This has led to a strong emphasis on orthodoxy, with a tendency to play down or even ignore present or past divisions. Thus, “There are no Baháí sects. There never can be” (Hofmann, Renewal, p. 110). At the same time, it should be stressed that there is a high degree of cohesion within the movement and that the authority of the mainstream Bahai leadership is seldom challenged.

Following the death of Bahā-Allāh in Palestine in 1892, a serious clash took place between his two oldest sons, Abbās (see Abdal-Baha) and Mīrzā Mohammad-Alī. It was accepted that, in his will, Bahā-Allāh had appointed Abbās his successor and interpreter of the holy text, in keeping with traditional notions of vicegerency (weṣāya). But Moḥammad-Alī and his partisans accused Abdal-Bahā of making excessive claims for himself. Since Abdal-Bahā’s real claims seem to have been quite limited, it is likely that his opponents were really objecting to his somewhat radical interpretations of Bahá’í doctrine, particularly his social and political theories. Mohammad-Alī and his supporters (who included most of Bahā-Allāh’s family) termed themselves Mowaḥḥedūn (The Unitarians), and were dominant for some time in Syria. Abdal-Bahā drew his support chiefly from Bahá’ís in Iran and, increasingly from the late 1890s, from the growing community in the United States, where a cult based community on his personality was developed. His eventual success is attributed by Berger to his ability to sustain charismatic appeal within the new movement (“Motif messianique,” p. 102; conflicting versions of the quarrel may be found in Browne, Materials, pp. 72-112, and Balyuzi, Abdu’l-Bahā, pp. 50-61).

The split extended into America eventually, following the defection to Moḥammad-Alī of Ibrahim George Kheiralla, the first Bahá’í missionary to that country. By 1899, the American Bahá’í community was divided into two factions: a majority of those loyal to Abdal-Bahā and a minority of “Behaists”. In 1900, Kheiralla founded a Society of Behaists, with himself as its Chief Spiritual Guide and with Churches of the Manifestation in Chicago and Kenosha. The Behaist faction was later reorganized as the National Association of the Universal Religion, but the number of its adherents dwindled rapidly, particularly after the successful visits to North America made by Abdal-Bahā between 1911 and 1913. In Palestine, the followers of Moḥammad-Alī continued as a small group of families opposed to the Bahai leadership in Haifa; they have now been almost wholly re-assimilated into Muslim society (see Cohen, “Baháí Community of Acre”).

Mainstream Bahá’ísm, as represented by Abdul-Bahā and his followers, responded to the challenge of factionalism by emphasizing the doctrinal ideal of a Covenant (ahd, mīṯāq) designating a single individual head of the faith (markaz al-mīṯāq “Center of the Covenant”), to whom all believers were to render unquestioning obedience. The centrality of the Covenant system first became apparent in 1917-18 in the course of the Chicago Reading Room Affair, during which a group of dissenting Bahais in Chicago were expelled from the main body. (See Smith, “American Bahá’í Community”, pp. 189-94.)

Under the leadership of Shoghi Effendi (1921-1957), the Bahai movement underwent radical structural changes with the creation of a tightly-controlled administrative organization modeled on modern Western management systems. Challenges to Shoghi Effendi’s authority or that of the bodies under him were in numerous cases met by the excommunication of groups or individuals as Covenant-Breakers. The only significant breakaway groups to emerge during this period, however, were the New History Society based in New York around the anti-organization views of Ahmad Sohrab and Julie Chanler (see Johnson, “Historical Analysis,” pp. 311-18), and the German Bahai World Union which re-emerged after World War II as the World Union for Universal Religion and Universal Peace and the Free Bahais of Stuttgart.

In the East, dissent tended to be even more individual, taking the form of personal defections from the movement rather than organized groupings. Faeg’s Scientific Society founded in Egypt about 1923 was a typical. Since all of the schismatic groups of this period found their raison d’être in the rejection of religious organization, it was inevitable that they should be short-lived and restricted in their influence.

The death of Shoghi Effendi in 1957 presented the movement with a potential crisis of major proportions, but also allowed the administrative system established by him to demonstrate its acceptance within the community at large. Between 1957 and 1963 (when a universal House of Justice, bayt al-ʿadl-e aʿẓam, was elected), the religion had no leader. Shoghi had no children, had excommunicated his entire family, and had failed to designate any other successor. From about 1958, Charles Mason Remey, President of the International Bahai Council, began to oppose the notion that there could be no successor to the Bahai Guardian-ship , and in 1960 he declared himself to be the second Guardian of the Bahai Faith.

Under Remey’s leadership, a minority group organized themselves successively as the Bahais under the Guardianship, Bahais under the Hereditary Guardianship, and the Orthodox Abha World Faith, with its headquarters in Santa Fe (see Johnson, pp. 342-80). Remey died in 1974, having appointed a third Guardian, but the number of adherents to the Orthodox faction remains small. Although successful in Pakistan, India, and USA, the Remeyites seem to have attracted few followers in Iran. Other small groups have broken away from the main body from time to time, but none of these has attracted a sizeable following.

P. Berger, From Sect to Church: A Sociological Interpretation of the Bahaʾi Movement, Ph.D. dissertation, New School for Social Research, 1954.

The issue No.10 of the Quarterly Baha’i Shenasi (Baha’i Research) was published