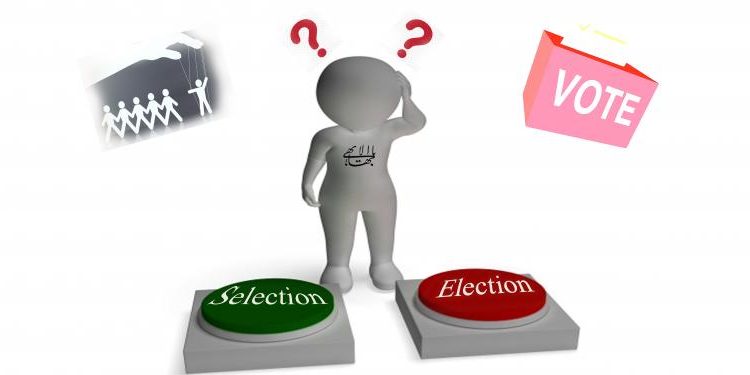 Bahá’í Control on their Electoral System (It is Selection not Election!)

A) UHJ Elections
1- Every member of the present UHJ is from International Teaching Centre (ITC).It is clear indication that a Bahá’í is first appointed on board of counselor, then he is promoted to ITC and finally he is elevated as UHJ member.
2- Mr. Razavi and Correa when promoted to ITC, they were given a world tour (Made a part of the Orchestra) to justify their programmed predetermined election.
3- Mr. Omid Seioshanseian in India and Mr. Jabbar Eidhelkhani in Bangladesh are sending false reports to UHJ with the intention of getting appointed on ITC.
4- India has the highest population of Bahá’ís of more than 2.2 million, but never even a single Indian has been elected as member of the UHJ. This speaks of the STAGE MANAGED, UHJ election.
5- There are National Spiritual assemblies in almost 200 countries but four members out of nine (45%) on UHJ are Persians.
All with approval of UHJ.

B) Nexus between UHJ and NSA
1- UHJ sees that no undesired member is elected on the NSA. This is done with collaboration of the UHJ member responsible for that country and the continental counselors.
2-Members of NSA also use fraudulent means of getting himself and his group elected every year.
3- When there are so many active local Indian Bahá’ís and more than half the delegates are Indian then how come the members elected are Persians.
4- Some of those members of the NSA, who are being elected year after year, do not possess an impressive record of services to the Faith.
5- The circle is so vicious and so tightly bound that there doesn’t appear to be any way out of it for sincere active Indian Baha’is.
6 -A Bahá’í delegate purposely made his ballot invalid by writing 10 names but the report of the chief teller said there was no invalid votes.
7- Those members who get elected to the NSA by fraudulent means, also manage to manipulate the election/appointments to the State Bahá’í Councils and Regional Bahá’í Councils of their States, besides taking improper action on other matters.
8- There is a close nexus between these people. This has been going on.
All with approval of UHJ.

C) Counting process
The counting process of the Bahá’í election is Stage managed, because, it is at this stage that the names mentioned in the votes are not read out correctly to the tellers that is why, year after year, the same men manage to get themselves on the National Assembly. Can appropriate handling of Funds be expected from such cheats!

D- Meetings of NSA
1- Whenever one or two ‘prominent’ members (Persian members) are not able to attend a meeting, the meeting is either cancelled or postponed.
2 -Decisions are taken on phone. Although Bahá’í administration do not allow for consensus decisions over the phone.
3- Decisions taken in this manner are improper and cannot be acted upon.
4- Mrs. Sorabjee after being removed as counselor tried very desperately to become NSA member despite her advanced age. She use to attend National Conventions and did thorough canvassing for her. With the approval of UHJ (Payman Mohajir) she was declared elected.
5- Certain members like Mr.Anil Sarwal, Dr. Mogbelpur and Dr. Ansari were made to resign to clear the way for Mrs. Sorabjee, Mrs. Farideh Vahedi and Ms. Nazneen Rohani. The love for women is not only the specialty of Dr. Payman but it is of entire Mohajir clan.
6- The undesired member Dr. Ansari was reelected but was again asked to resign after a month to clear the way for Dr. Sohail Mohajir.
7- Days are numbered for Dr. Telli, Mr. Ramsevak and Mr. Ali Merchant.
8- The decision by these women is taken in consultation with Mr. Mohajir and conveyed to the other respected members and they are left with no option but to accept it or else the door is open. Hats off to Mr.Ansari for maintaining his self-esteem.
9- When no women member is allowed on the UHJ, then how come on the NSA we have a majority of decisions making by women and the others are made to look like show pieces just to fill in the seats.