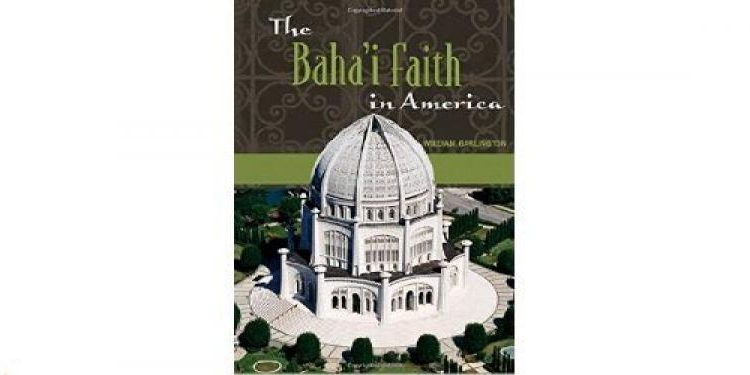 Book Review of The Bahá’í Faith in America: Written by William Garlington

The American Bahá’í Mixture: inevitable mixture of error and corruption

Since the majority of available books on the Bahá’í Faith are written by members and must be officially “reviewed” and approved by Bahá’í institutions, Garlington’s book is important as a rare attempt at an objective appraisal of the Bahá’í Faith and its actual history and practice. Life as it is lived, versus theory. The last few decades have been crucial years for revealing much that has hitherto been largely kept hidden from public knowledge. Garlington’s experience as both a believer and a scholar of religion serves him well in his often insightful treatment of the major conflicts and disagreements over theological issues.

More than any other book to date, Garlington reveals the extent to which people have been harassed and hounded out of the Bahá’í Faith, for the slightest deviation of thought and belief, even to the extent of having to spurn their own family, with the roots of such treatment extending back into the earliest years of Bahá’í history in the United States.

While he discusses or mentions the incidents surrounding Ruth White, Ahmad Sohrab, Mrs. Chanler, and Mason Remey, among others, I believe he fails to adequately investigate the circumstances of their individual beliefs and basically repeats the usual official line that dismisses all of them as heretics or “covenant breakers“. For instance, Lewis Chanler was the Lieutenant Governor of the State of New York, a fact always conveniently left out of “reviewed” Bahai publications. Neither he nor his wife were fringe elements as they are so often portrayed. Ruth White has routinely been discredited as the later devotee of an Indian guru, as though nothing more need be said, playing on both Islamic and Western prejudices, which nevertheless entirely evades answering her charge that the leading British handwriting expert of the day, Charles Ainsworth Mitchell, judged Abdu’l-Baha’s will and testament a fraud. Garlington brings no new material, archival or documentary, to the understanding of such incidents of excommunication (takfir). Sohrab’s own book Broken Silence raises many profound issues that neither Garlington nor any other researcher has made sufficient effort to address or understand. Other scholars might very well want to start by independently examining what actually happened in such cases.

Of even more interest to me is Garlington’s discussion of the many incidents that have developed in connection with the rise of the Internet during the mid and late 90s, since I participated in the long battle to create what is still the only uncensored forum for the discussion of the Bahá’ísm, talk.religion.bahai on Usenet.

Like China, the Bahá’í Faith found itself confronted, for the first time, with a means of communication it couldn’t entirely control and silence. Like China, the Bahai Faith has developed an apologetic cadre for monitoring, influencing, and controlling discussion on the Internet.

Yet the early atmosphere of the talisman mailing list, as with other online forums, was euphoric with new found liberty and freedom for Bahais to speak honestly about the Bahá’í Faith, setting off attacks of outrage and self-righteous allegations by fundamentalists that others were “tending toward covenant breaking,” “divisive,” “not Bahá’í,” and so on. Much of it, along with other incidents touching on religious freedom, can still be found documented through University of Michigan Professor Juan Cole’s website, and my own, www.fglaysher.com/bahaicensorship, and the Google archive for talk.religion.bahai.

Another shortcoming in Garlington’s book is that while his Conclusion acknowledges that “vocal and liberal Bahá’ís” are becoming “an ever-decreasing minority”, he fails to examine sufficiently why that is, namely, the extreme and alarming tactics used to drive liberals out of the Bahá’í Faith, exemplified in the attacks on Ruth White and Ahmad Sohrab -the most vicious shunning and slandering techniques used by any religion in America today. Official Bahá’í sources and the Internet abound with examples.

Garlington barely scratches the surface of the extent to which “hikmat“(so-called wisdom), “taqlid“(blind obedience) ,and “takfir” (excommunication) operates in the Bahá’í history. Much more needs to be said in this regard.

The real test of any religious ethic is not the treatment of those who keep their mouths closed, never thinking or questioning anything (taqlid), but rather the treatment of those writers and scholars of capacity, deeply grounded in the intellectual history and traditions of their culture. The Bahá’í Faith has so thoroughly failed that test, especially during the last few decades, that no individual or country should take its claims at face value without reading and reflecting on such books as William Garlington’s. It should be noted that the December 2005 Library Journal review of Garlington’s book, by William Collins, a conservative apologist for Bahá’í orthodoxy, employs the usual Bahá’í tactic of discrediting and slandering any dissident opinion, while recommending books that have passed “Bahá’í review,” in reality, censorship. The reader might want to reflect on the fact that William Collins is a librarian at the Library of Congress, and readily uses his position to defend a system of administration regularly attacking the liberal values that make a library worthy of the name possible and to discourage acquisition librarians from ordering Garlington’s book.

In his closing paragraph, Garlington urges the Bahá’í leadership to manifest a higher degree of wisdom, echoing all too much for me the practices of “hikmat” that resulted, in the Western world, often in the most cynical manipulation of the “rank and file.” Rather, I would say, what’s required is a higher level of normal decency, humility, and respect for the individual’s freedom and liberty of conscience. It doesn’t take much wisdom to realize what kind of world the present arrogant and utopian administration would create. One needs only to look at American Bahá’í history and the abuse of countless individuals and families.

In addition to Garlington’s book, the serious student of Bahai history should also read Professor Juan Cole’s Modernity and the Millennium, and Peter Smith’s Babi and Bahá’í Religions. The few Christian polemical writers, who have bothered to write anything, can’t hold a match to those who have been burned by the shunning and slander of Bahá’í fundamentalism. Yet all three authors merely touch the surface of too many incidents that raise serious questions for any American concerned about preserving religious freedom and liberty. There is a very real need for fresh research and excavation of any surviving original material that might throw more light on the major conflicts of American Bahá’í history. While Garlington seldom moves far beyond the received version of American Bahá’í history, his book is at least the first written by a scholar trying to discover essentially what Edward Gibbon called the “inevitable mixture of error and corruption” that a religion contracts “in a long residence upon earth,” versus the predictably self-serving propaganda of the converted. The publisher Praeger is to be applauded for its commitment to free speech and discussion.

After becoming a Baha’i in the 1960s, William Garlington moved to Australia, where he wrote his dissertation on Baha’i mass teaching in Malwa, India, and eventually returned to the United States. In the 1980s he withdrew his membership in the Baha’i Faith, essentially over doctrinal issues relating to authenticity of revelation and the infallibility of Baha’ institutions (UHJ & NSAs). For over twenty-five years, he taught religious studies in Australia and the US.