The Bahai Faith in America 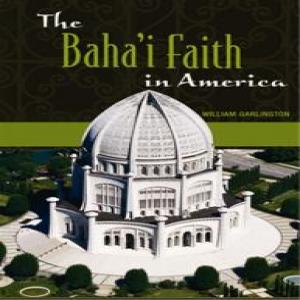 The book is divided into two parts. Part I contains a series of overview chapters designed to act as a general introduction to the Baha'i Faith.

Here, such topics as the origins and historical development of the religion, its essential doctrines and teachings, and the nature of its community life and administrative structure are presented. The approach taken in Part I can be described as normative. With the exception of the historical material,       the various beliefs, practices, institutions, and modes of operation that are discussed therein are reflections of how Bahai-produced literature depicts them.

Part II examines the historical development of the American Bahai community from its earliest beginnings at the end of the 19 century until the present day. Its chapters not only examine the major events and personalities that comprise American Bahai history, they also trace significant themes and   issues that have characterized the community over the decades. In contrast to the normative approach taken in Part I, the chapters in Part II take what might be called a "realistic" approach to the material; that is, the various facets of Bahai community life are examined from the perspective of how they have been expressed over time in actual social contexts rather than how they are idealized in Bahai literature.

I do not make any substantial claim to original research. Except for some of the interview material found in its latter chapters, the work has relied for most of its information on the research carried out by those scholars mentioned in the Acknowledgments. Thus, at most, the current book can be seen as a modest attempt to both synthesize and analyze in a coherent manner the research findings of others.

Part of the current challenges and contemporary issues discussed in Part II, are:

-    The Bahai population in the world and in the America,

Prohibition of woman to the UHJ,

William Garlington started School at South Plantation High School in August 1974.He graduated from Florida State University in August 1981,and studied at Indian River Community College (Now State College).
After becoming a Baha’i in the 1960s, William Garlington moved to Australia, where he wrote his dissertation on Baha’i mass teaching in Malwa, India, and eventually returned to the United States. In the 1980s he withdrew his membership in the Baha’i Faith, essentially over doctrinal issues relating to authenticity of revelation and the infallibility of Baha’i institutions (UHJ & NSAs).
For over twenty-five years, he taught religious studies in Australia and the US.