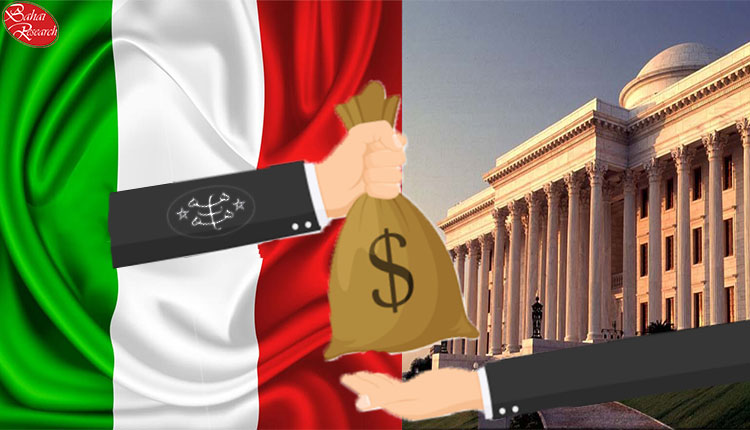 Recently the small Italian Baha’i community was shocked to learn that one of its most prominent, long-serving and active members, the former General Secretary of the NSA: Franco Ceccherini, had been ousted from the NSA and formally charged for embezzlement and fraud in the amount of 360,000 Euros. …
Ceccherini allegedly stole the money over the lengthy period of time that he served at the highest levels of the Baha’i community in Italy. It appears that he embezzled funds from 1992 until 2006 by fraudulently producing invoices, letters and documents and then pocketing the funds he received for them. Throughout the more than 14 years that Ceccherini served in the institutions, he alternated between high level positions: sometimes he served as the General Secretary of the NSA of Italy, while other times he served as the Head of the Office of the Secretariat – which included several other individuals employed by the NSA. And at times Ceccherini served as both General Secretary and as Head of the Office of the Secretariat.
Through the uninterrupted access granted to him by these positions, Ceccherini was able to allegedly perpetrate this scheme for almost 15 years. It is still a mystery how the Treasurer could not detect such a large and prolonged fraud. Nor is it known what, if any, control measures were circumvented by Ceccherini. As it stands now, neither the Treasurer, any of the other NSA members nor any employees of the NSA have been charged.
The scheme began to unravel when the Italian equivalent of the IRS contacted the NSA of Italy and filed a charge of tax evasion against it. Through the ensuing audit and investigations it came to light that all these years Ceccherini had been pocketing the funds that should have been going to the INPS and the INAIL (state pension and worker’s compensation/insurance plans).
My suspicion is that since most continental European Baha’i communities (France, Italy, Spain, Portugal, etc.) do not have the privilege of incorporation enjoyed elsewhere, the actual banking was in the name of an individual. And my guess is that individual was Ceccherini; because of his tenure within the Baha’i community or simply because he was trusted. After all, when you are unincorporated, you must trust an individual to administer the finances in their name. There is no other option. If my suspicions are correct it explains why the Treasurer or other person were not caught up in the fraud and how one person alone could perpetrate it.
Consequences of this tragedy are many. For one, the NSA of Italy has been thrown into total chaos. It has had to deal with an extensive internal investigation and financial audit. This is a serious financial blow to the community as funds which should have been paid to the government for more than a decade now need to be paid in lump sum. Thankfully the government has agreed that the NSA as an institution was not perpetrating the fraud and agreed to dismiss 90,000 Euros in interest and fines they had levied. Which means that the NSA has to pay back 275,000 Euros. The House of Justice has loaned the Italian NSA 200,000 Euros to buffer the blow to their annual budget. This loan will have to be repaid to the House in installments over time but the NSA will still have to make a lump sum payment of 75,000 Euros. A significant chunk of change for a community the size of Italy.
Other consequences are more intangible. The spouse of Ceccherini, also a prominent Baha’i was removed from her position as an Auxiliary Board Member (Propagation). The news has left the Italian community shell-shocked since Ceccherini was seen as a pillar of the community. On top of this, several projects such as the office of public information have had to be closed or curtailed sharply due to lack of funds.
No matter how extensively one creates control measures, nor how draconian in nature, they can be circumvented by another person. Ultimately, nothing short of personal transformation can prevent such criminal acts. As Baha’u’llah says in the Hidden Words:
“Busy not thyself with this world, for with fire We test the gold and with gold We test Our servants.”
But this does not mean that there aren’t lessons to be learned from such a sad state of affairs. Nor that common sense should not be used. What we have in the institutions of the Baha’i Faith basically relies on the good character of those within it. If they falter, then there are no measures to protect the community. This has to change.
We have no transparency, no control measures, no accountability and no term limits. Combine these and you have a potentially explosive situation. Add the spark of human shortcoming and you have a bomb that can devastate whole communities and lay waste to decades of painstaking growth and development.

Transparency
The Baha’i community has gradients of financial transparency. At the local level, things are quite clear with regular reports by the local treasurer and detailed reports of budgets and expenses. At the national level, things get decidedly more murky. Less detail is divulged: only income and expenses are shared (not assets and liabilities), while the delegates to the national convention are the only ones who get to see and look at the full accounts – but they can’t share them with their communities and they have a very tight schedule with limited time to look over them. At the international level, the picture gets pitch dark with absolutely no information divulged except for the estimates of large scale projects (recent examples are for the Arc and the Chile temple). Beyond that, trying to pry financial information at this level is like trying to shuck an oyster with jello.
Financial reporting is most detailed and most transparent at the local level, where ironically the least amount of money is involved. The Italian incident involving 360,000 Euros may seem like a lot of money but it is a rounding error in international budgets. This culture of opacity and secrecy is fertile ground for the nastier attributes of human nature and must be blotted out from the Baha’i community.

Control Measures
If due to an inability to incorporate, the affairs of a whole community have to be placed in the hands of a person, a simple control measure is to open a shared or joint account. This way two people must be aware of and make authorization for any transactions. Second, I for one am still not convinced how the Italian national treasurer cannot be at least found to be culpable of gross negligence in this case. Pleading ignorance is no defense for them. If anything they should be fully investigated and asked to resign, if for nothing more than their incompetence in recognizing and preventing such a long lived scheme. Similarly simple and easy control measures are left unimplemented in Baha’i institutions. Blame incompetence, ignorance or a childish innocence. Whatever the reason, it is plain stupid to not have them.

Accountability
My fellow Baha’is usually bristle at that word since we believe that the institutions are not to be held accountable to their community. But this only extends to decisions. I’m speaking of management. An NSA should be held accountable to its community for mis-management, as this case clearly illustrates. If you are incompetent, you have to answer to the community. Period. The principle of non-accountability is not a free pass for negligence and idiocy.

Term  Limits
This is a much broader concept than I can do justice to here but put plainly it means that individuals have a limit to the number of years they serve in Baha’i institutions. In almost all Baha’i communities, large and small, we find that a small group of individuals dominate the elected and appointed institutions year in and year out. This has sadly become the norm. The consequence is that these individuals start to create little fiefdoms and get quite comfortable. Even getting a sense of entitlement. Can anyone doubt that Franco Ciccherini could have perpetrated such a massive (both in length and in quantity) fraud had we had term limits which limited his access to the highest levels of administration? There are many, many other benefits to term limits beyond the prevention of fraud and crime within the administration. I will explore this topic in more detail at a later time and hope to do justice to it.
It is my hope that the Baha’i community in Italy will learn from this tragedy, rebuild, move on and continue to grow. And that Baha’is elsewhere will use this opportunity to avoid similar painful learning experiences by beginning to consult on how to increase transparency and accountability with the institutions; how to implement common sense control measures and how term limits can benefit the community.