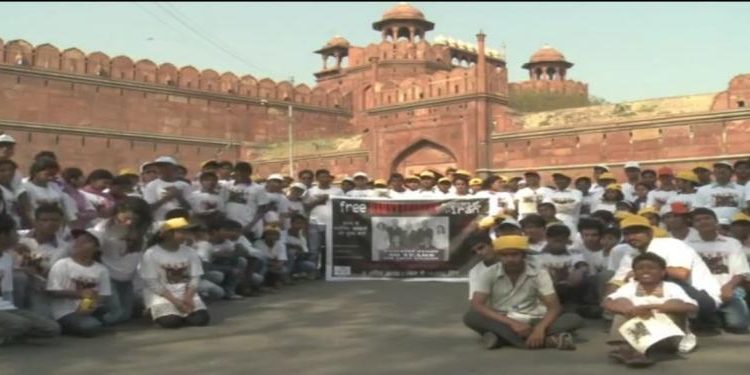 On the April 1,2016, the Public Affairs Office of the Baha’is of India, by the order and guidance of the Universal House of Justice, the supreme governing body of the Baha’i Int’l community, prepared a political march against the government of Iran, by the participation of about 50 persons, mostly non-Baha’i youth & Junior youth, on the occasion of the verdict of the Iranian criminal court about the leading group of the Baha’is of Iran ( Yaran ).

While the Baha’is officially declare that they do not take part in the political activities; however, using the innocent juniors (most of them were non – Baha’is) who are usually unaware about such matters, was very surprising to the observers. The more disturbing point is that the parents of the juniors were not informed about this action.

The Baha’i Faith is a political movements around. After all, principles such as the absolute ending of national sovereignty, establishment of a Baha’i world government, universal currency, universal language, Baha’i world supreme tribunal, retention of constitutional monarchism, the abolition of non-Baha’i religious legal systems, the retention of a class system, the abolition of tariffs, international police force, and so on are among their hottest political issues or a political agenda.

Bahá’ís Planning to Disrupt and Corrupt The Arab World

The Paradox of the Bahá’í Faith