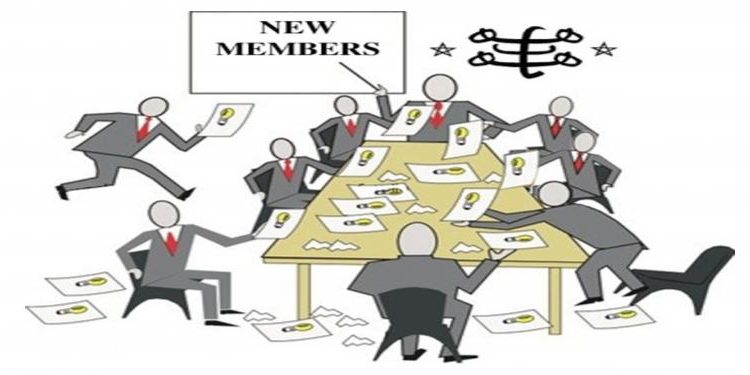 The Bahá’ís believe that their administration is divine and the House of Justice is infallible. The Bahá’ís should submit themselves to the UHJ and let them decide what is good for them, as the Supreme Body is considered ‘Infallible’. This means that only the First Election of UHJ in 1963 was required as it was for the first time that the infallible body was formed. After that all the subsequent elections and bye elections were absolutely unwanted for because the UHJ is itself Infallible. The retiring member should have put this agenda in front of the UHJ that due to his advanced age he wants to retire and let UHJ decide a new member in his place. Obviously this decision would have been free of error and the most eligible member’s name would have emerged out.
Similarly, after the end of every five years the UHJ should have a special meeting for appointment of members of UHJ for the next five years, and because the UHJ is free from errors, the most appropriate members will be on the list. It would have been better that The Infallible UHJ itself appoints the members for the infallible body rather than fallible Bahá’ís appointing an Infallible Body. Or let the NSA of different countries nominate a pool of names for the appointment of Members of UHJ and then the present UHJ selects the names of the most suitable members for the next UHJ body. I mean, somewhere or the other the role of UHJ as an infallible body, should emerge. If this is accepted than all the efforts to hold International convention every five years and any bye elections caused by retirement or death of any member will not be required. Thus the Baha’is will also get rid from the accusation that the Elections of UHJ is not actually ‘Election’ but ‘Selection’. The selection will hence be official. This would be in true spirit of what Mr. Peter Khan has said:
“This is the challenge we face and it’s inherent in the Ridván 2009 Message. The solution is childish simple; the solution is so simple, it hardly worth mentioning. The solution is no more and no less than unreserved acceptance of whatever the central authority of the Cause, in this case the Universal House of Justice decrees.’’
If we would hold to that, if we would contemplate it deeply, if we would absorb the implications and meaning of unreserved acceptance and implementation of whatever the Central Authority in the Cause decrees we are safe. Nothing can trouble us, we are in an impregnable stronghold, and we would become part of this massive movement of humanity to rescue the world from the perilous disorder, the intense suffering of the declining process and to usher in the ordained new world civilization in the Golden Age of the Cause” The Bahá’ís should not hesitate from correcting the situation and accepting mistakes of past. Be logical and adhere to the true spirit of the Faith. The position of Bahá’ís today is greatly weakened by accepting and following blindly without independent investigation and thoughtful conclusions.