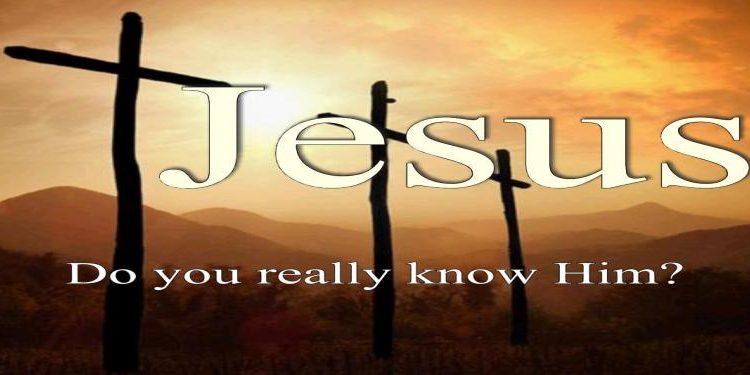 Lessons for Christians in the History of the Bahá’í Faith

When I was confirmed into the Church of England in 1984 I asked some Bahá’ís I met at their firesides to come along. None did. In the end I fell out with the Bahá’ís as I discovered academic material that presented their history differently from their own. They are very committed to the preservation of their history as monitored by the Universal House of Justice, the nine seats male-only assembly meant to be a religious decision making body for the world, elected without campaigns by the National Spiritual Assemblies below them, these elected by delegates from the Local Spiritual Assemblies below them. It is a very conserving system, a sort of democratic centralism: what the top level says goes.

Very quick summarizing: the origins of the Bahá’í Faith are in the Babi Faith that developed out of Shia Islam in Iran and Iraq. They were waiting for the return of the Hidden Twelfth Imam and a Holy War for the victory of Islam. In 1844 Ali Muhammed Shrirazi claimed to be the Bab, the Gateway to the returning Imam. When he didn’t appear at Karbala, Sayyid Ali Muhammed escalated his status in stages to the Imam, then the Prophet, and then superseding to a new Manifestation of God!

The movement was surrounded by violence, and started much of it themselves .The Bab appointed Mirza Yahya (or Sub-i-Azal) to be his successor, but after the Bab was killed by the authorities, the violence continued and the movement was in severe decline.

Sub-i-Azal’s half brother, Mirza Husayn Ali, a Persian convert, built up his own faction .In 1863 he, Baha’u’llah (Glory of God), announced himself as the Bab’s next Manifestation of God. The authorities never left either faction alone, and the Azalis ended up in Cyprus and the Bahá’ís at Palestine.

However, Baha’u’llah, in the course of the compulsory travels and his declaration to the few and then the world of his status, read Sufi and New Testament material, and completely remodeled the faith as it came into the Western orbit, making itself syncretistic in character, peaceful and expecting the unification of the world.

Baha’u’llah died in 1892, and Abbas Effendi, his eldest son, or Abdul-Baha, became the leader and only interpreter or “Centre of the Covenant”. Here there was factionalism, as a group known as the Unitarians (people of the Book, not Abdul-Baha’s interpretations) broke out and were excommunicated.

The Young Turks’ victory meant an end to imprisonment, and Abdul -Baha became a traveler around the West; even more spiritualizing and Westernizing the movement, and was a charismatic figure as he attended the mosques, Christian and Unitarian (the other sort) churches and synagogues.

After he died Shoghi Effendi became the first Guardian. Some Germans did not accept the validity of Abdul Baha’s will appointing him and so the Free Bahá’ís emerged for a time. Shoghi Effendi should have had a serving Universal House of Justice under him, but he did not set it up. He should have left a will, but either he didn’t or it never appeared. So when he died in 1957 there was a crisis of leadership, after which in 1963 the Universal House of Justice was formed and took to itself powers of the Guardian, most importantly the sole power to interpret and the power to excommunicate.

The chief of Hands of the Cause, a forerunner to the UHJ, Mason Remey, thought he should be the new Guardian. Factions have arisen ever since from that branch, including one that now thinks the second Guardian was presumptive, but so was the Universal House of Justice taking power to itself.

The UHJ produces plans for growth. The millennial nature of the Bahá’í Faith is that it expects the Most Great Peace to arrive (instead we had George Bush) and a tipping point where “troops” of people convert to the Bahá’í Faith. Unfortunately, the Bahá’í Faith has been born in a rather irreligious age in Europe, and other than some growth in developing countries, Europe has been slow and with a high turnover of members.

Plus, the UHJ in Haifa has a habit of turning members who don’t submit to censorship panels into covenant-breakers. There are also quite a few people who find themselves mysteriously removed from the rolls of membership, but in the age of the Internet they continue the faith themselves with new freedom, the name Bahá’í being in the public realm. A problem for the Haifa Bahá’ís is that only they can raise money for themselves, and members who can participate in Feasts as well as Firesides find themselves locked into administration details: the Bahá’í Faith is an “Administrative Order” after all. So at each stage of leadership transition elite groups have competed and been excluded, and it is reasonable to say that the quest for unity has been a failure because of its high cost in factions and breakaways, and now there is a more relaxed Bahaism emerging of excluded or drifter individuals. It matters not that the Universal House of Justice only recognizes itself as legitimate, because anyone can read the Kitab-i-Iqan and Kitabi-i-Aqdas and the published materials that Shoghi Effendi translated into his strained old-world English.

Even infallibility is being questioned by individuals let loose.The Bahá’í Faith is useful for Christians and Christian theology in a number of ways. First of all we see something of a parallel in the Bab as a kind of announcer of a new manifestation, although he became what he expected. He gets positioned like a John the Baptist, and probably John the Baptist was his own man too. Then we have the central manifestation (Incarnation) figure, Baha’u’llah. Then we have the very important St. Paul figure, who becomes such an important interpreter and spreader into new cultures and giving a further twist to the faith. Then we have the issue of authority. There is something of the Pope in the Guardian, of course, but the UHJ is like Orthodoxy or Roman Catholic centralism –with knobs on. In fact it is very Weberian-bureaucratic, and very pyramidal. Weber regarded such with great pessimism: it was anti the life-giving enchantment that he thought religion supplied.

The other lesson is that of allowing theology to grow organically and in diversity. There is a distinct double identity problem of Baha’i member scholarship in secular institutions including that of religious studies departments. It does the Bahá’í Faith no favors. We see similar with some Roman Catholics. If Christians become more subject to such pressures of membership conformity, then there is a distortion to both the academic sphere and to the representational sphere.

I also suggest that Christians should express the truth as they find it even when it conflicts with doctrines or interpretations of the Bible. If there is some compelling finding about, say, the Jesus of history as an end time Jewish rabbi, then this should come first, or at least people should be honest about the layer-cake nature of doctrines or how people interpret the Bible. Older faiths have developed more maturity with time. They can sit light and worry less about how their faiths are represented. Or at least this is what we thought, as the Christian world gave rise to a secular and plural world.

There are pressures to go along a road of such as the Fellowship of Confessing Anglicans. There is a narrowing of what is legitimate expression of a faith, and there are calls for excluding those who are not biblical enough. An Anglican Communion, properly understood, would become a World Wide Anglican Church with authoritative statements handed down, with again distant high-up forms of selection of those with centralized power.

Who knows how these developments will work out? The Bahá’ís could not predict their own future, despite the claimed infallibility of the words of both their Manifestation of God and Centre of the Covenant. So Anglicans can not predict theirs! Nevertheless, if secularisation and plurality lead down the road to authoritarianism and centralization, there are going to be quite a few Anglican Communion Covenant Breakers who will continue to define the faith in a broad way, however they organize, meet and link up together.

Adrian Worsfold (Pluralist), has a doctorate in sociology and a master degree in contemporary theology. He lives near Hull, in northeast England and keeps the blog Pluralist Speaks.

Just a minor correction from an ex-Bahá’í turned Episcopalian:

National Spiritual Assembly members are not elected by “delegates from the Local Spiritual Assemblies below them”. The delegates to national conventions are elected at unit conventions by all adult Bahá’ís “in good standing”. The delegates may often also be Members of LSAs but they are delegates from a region (or “unit”) and Structurally their election has nothing to do with LSAs. Some regions cover many communities with and without LSAs and some cover only one community with one LSA. Despite this correction, I agree that it is a very conserving system. There are many more reasons for this even than what you have given here.