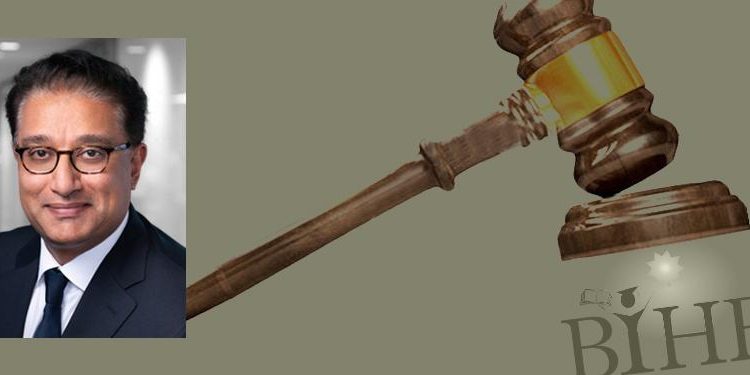 Now let us see the facts!

1. The Baha’i community has repeatedly been convicted in several sensitive countries of carrying espionage activities. The Baha’is have been under scanner for violating law of the land in several countries for carrying out religious conversions by deception. It seems the Baha’i administration is interested in having “martyrs” for its cause in different countries rather than to see their own people save their lives.

2. Baha’is involved in espionage in India why, even in India there are cases filed against the Baha’i Faith members for possessing fraudulent documents and carrying out espionage activities and for supplying classified defense documents to Iranian and Israeli spying agencies in return making huge amount of foreign currency. (Refer Hindustan Times 13th July 2006 New Delhi Edition,)

3. Baha’i Administration with all modern techniques involved in conversion of Simple Indians. Recently Universal House of Justice, the apex organization of the Baha’i Faith in a new encyclical has issued a call to Baha’is to go out and actively convert Indians. In this era of globalization, Baha’i administration with unlimited funds use sophisticated, deceptive techniques to lure, brainwash and convert innocent people. They forcefully convert Hindus by inducement and deception. Many poor illiterate tribal people in Gujarat and Madhya Pradesh were deceptively converted into Baha’i Faith, although anti-conversion law is passed in 11 of the states in India. This will have a disastrous effect on India’s political, cultural and social fabric.
For centuries Indians have been forcefully converted into other religions. Religious conversion has profoundly affected our cultural legacy by the after-effects of genocidal coercive religious conversion. It has left its wounding imprint on our individual psyches and our collective consciousness. Although coercive religious conversion of Hindus in India and abroad has deep historical roots, recent deceptive religious conversion techniques used by Baha’i movement pose serious political, social, ethical and psychological problems. http://ruhibooks.blogspot.com/

4. Baha’i Teaching Institutes involved in deceptive conversions on 3rd March 2011, the locals of Wai district in Panchgani caught the Baha’is red handed indulging in conversion activities. The Baha’is arrived in a Mini Bus to propagate Baha’i religion to the local people in Wai. The Baha’is were taken to the police station where Baha’i officials said that “we were conducting practicals for these students”. They were told that why the students can’t go to different schools and get their practical training.
The students confessed that they were going to villages for conduction of Baha’i religious classes for children and youths and they were told by their teachers that their course will be completed only when they do these activities. The teacher warned them to be ‘TACTFUL’ while propagating the Baha’i religion. On seeing the Baha’i books it became clear for the Police that it was a conversion class. As the ‘Ruhi Book’ that they were having, contained Baha’i religious material and chapters such as “UNDERSTANDING THE BAHA’I WRITINGS.”

The Police officials reprimanded Baha’is of their hypocritical behavior and warned them not to teach Baha’i Faith to the students/staff of NETTC as well as locals of Wai and Panchgani.
On further inquiry it was revealed by the staff, that there are numerous complaints against all the three institutes of Baha’is namely:
• NETTC • New Era School and Junior college • New Era Baha’i Academy

The conversion activities going on in these institutes are in the name of Children Moral Classes, Youth Classes etc. In fact, some of the staff of these institutes have given a written complaint to the government authorities that these institutes demands Conversion in return of confirmation and promotion in these institutes. Therefore, some of the staff just to gain the facilities provided by these institutes like good salary, food, boarding and lodging have apparently accepted the Baha’i faith, but in actuality they practice their ancestral Religion.
The heads of all the three Baha’i institutions are Iranians who have hired local Indians to go to the villages, schools, colleges and universities to teach Baha’i training courses which are nothing but purely Baha’i religious teachings. Some of these people are well versed in local languages so they cunningly escape the authority scanners.
The staff further gave information that sometimes they have to conduct ‘Ruhi Classes’ for all the students of the class. The students are least interested in these courses but the staff and students have to do it compulsorily for hours and hours together. These courses have hidden agenda of teaching of Baha’i religious passages. The students are supposed to memorize long Baha’i prayers and quotations in order to enrich themselves with Baha’i teaching and culture.
Even the tiny tots are not spared from Baha’i teachings. They too have to undergo various Baha’i children courses designed for them, that are based on Ruhi books.
One of the senior staff who has retired from the school and now taken another assignment in one school elaborated the whole teaching process of the Baha’is. He said that Baha’i Faith has no acceptability in the society. Baha’i faith has nothing new to offer to the society although they claim that they have solutions for all the problems, but first the people should accept Baha’i Faith. In fact, Baha’i teachings have been copied from other religions. Therefore, in order to spread the Baha’i teachings, the Baha’i administration emphasizes on establishment of schools and considers the children as best and fruitful targets.
Some of the parents have seriously objected to Baha’is proselytizing going on in these Baha’i Institutions. But, then they have limitations to change the schools at this stage. (Turn to ref 1). It has been the habit of the Baha’is to have active public relations and persuade high ranking government officials and eminent personalities in every country to speak for them. Why do the Baha’is never speak of the huge injustice and oppression being meted out to fellow Indian citizens in different parts of world? Are Indian Baha’is, first Baha’is and then Indians? It is not the first time that the 86 Indian have fallen into the trap of cunning Baha’is. Earlier in 2010 there were 31 eminent Indians who were taken by the Baha’is for a ride. In the Issue of 7 Baha’i prisoners in Iran. This point to a very strong Baha’i network operating in India.
In India from Sorabjees to Mistrys, from Corporators to Member of Parliaments and from State Minister to Cabinet Ministers are being contacted to bring pressure on Iran as if the Government of India has nothing else to do except protect the Baha’is. Inspite of these efforts the Baha’is do not lack behind in claiming that we do not interfere in politics.
Unfortunately, the petition by eminent Indian citizens has served the following purpose for the Baha’is:

I earnestly request Indian politicians and bureaucrats not to succumb to Baha’is charming persuasion and verify facts and evaluate long term repercussions before taking-up a stand.

3.The petition written by Baha’is and signed by prominent Indians can be found here:
http://www.bahai.in/news/national-news-of-the-bahais-of-india/petition-t…