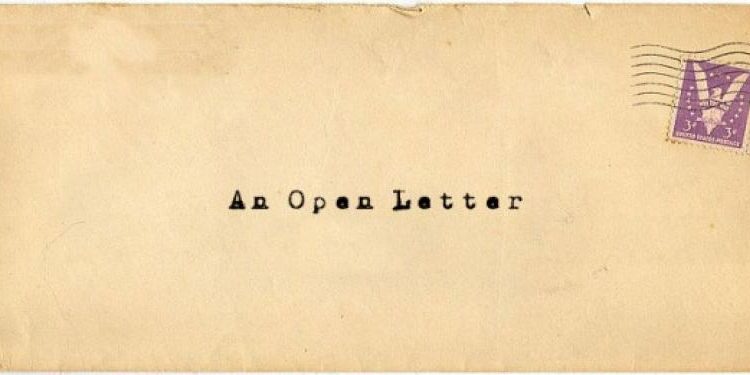 Greetings and Best Wishes to you. May Allah keep you under protection and care, and you continue to be a luminary in the field of literature, and a source of pride amongst Arabs for your deep attachment to the Arabic language.

I have recently come to know that you have been invited as a speaker to this year’s Arab American conference, which will be held near the Chicago area, 4th – 7th August, 2016. The conference is organized by a Baha’i organization and very deceptively the theme of the conference is titled “In Pursuit of Lasting Peace”. The program will be conducted in Arabic and attended by prominent speakers from the United States and the Middle East.

I should caution you from attending this conference by giving you some background of the Bahais. The Baha’i Faith is a deceptive one supported by Zionism to sow seeds of discord amongst the Muslims and Muslim nations. The adherents of the Baha’i faith call Baha’u’llah as a Prophet succeeding after our beloved holy Prophet (p.b.u.h),who abrogates the divine religion of Islam. This belief puts them on the path of Heresy with our faith – which emphasizes on the Finality of the Prophet Mohammad (p.b.u.h) and on the finality of Islam as the chosen religion of Allah.

As though the claim of prophet-hood was not sufficient, Baha’u’llah called himself as the Lord and Almighty God, as is evident from his statement (we seek refuge from Allah From such statements)

The conspiracy of the Baha’i Faith were clearly seen by eminent Muslim clerics and leaders and they have done their best in defending Islam against the conspiracy. The former Grand Imam of Al Azhar, main seat of learning, Gad Al Haq Ali Gad Al Haq, described the Baha’i Faith as an “intellectual plague” that works “for the benefit of Zionism.”

Between 1910 and 2005, five fatwa’s – or religious edicts – were issued from Al Azhar, declaring Baha’is as apostates. A very recent one was issued by Dr. Mohammed Tantawi ,in July 2008.

Sheikh Tantawi, emphasized that the Baha’i group in Egypt to be considered as “outside the folds of Islam and the teachings of the Heavenly religions”. It termed it as a deviant group which should not spread its venom in the Islamic societies. Shaikh Tantawi added that surely Baha’ism is diametrically opposite to the Islamic Shariah and it is just not possible for anyone to consider Baha’ism as a religion. This is because it is outside the folds of Islam and the teachings of the Heavenly religions. He also stressed that there should be no mention of the word Baha’i  as religion for any Baha’i on his Personal Identity Card as that would mean acknowledging Baha’ism as a religion. Just as the Interior Ministry refused to accord Baha’ism as a religious entity on the Personal Identity Card. Sheikh Tantawi also pointed out to the judgment rendered by the Administrative Court granting permission to two Baha’is to either leave the column of Religion in their Identity Cards to be either blank or to write “Others” in the column.

The late Sheikh of Al Azhar Jad al Haq Ali Jad al Haq emphasized in 1986 in an edict which was renewed by the Islamic Research Group in 2003 that Baha’ism has no connection with the Heavenly. Religions. Rather it is a newly innovated religion which manifested itself in the end of the nineteenth century A.D. and was graced and favored by the English imperialist forces with the aim and intention to weaken the Islamic unity and refute the Islamic injunctions. He also mentioned that the Baha’is take as their Qibla, the city of Akka in Palestine instead of the Holy Kaba. They also do not believe in the Day of Qiyamah and neither do they believe in Holy Prophet Mohammad (Peace be on him) as the Messenger of Allah.

The Late President of Egypt, Gamal Abdul Nasser put a freeze on all the activities of Baha’iorganizations, declaring it a tool of Zionism.(Ref: Attach-III)

While this “Faith” is a very impressive attempt at establishing a religion which appears to be divine, this “Faith” is today no more than a Social Club for non-Religious Sufi people to come together for the sake of entertainment and vile socializing. If you feel that there is any fragment of divinity in this “Faith” or may I call it a cult you are free to search Google for “Baha’i Culture ” and see for yourself. This cult seeks to fulfill only one primary purpose and that is to Destroy Islam and the Ummah of our Holy Prophet (p.b.u.h), cause discord amongst the Muslims and to undermine the Holy Quran. All other banners and fronts that is raises are only to eyewash people and fool them about the real motives of their Cult.

While the main point today for this “Faith” may be Human rights, equality and inclusion, reading from some of the words of the Baha’u’llah and His successor Abdul Baha, will make you sick!  Briefly, they have called the people of Africa and their descendents as worse than Bulls and Bullocks, and so on. This is why they will try and keep you away from their scriptures and books because they are filled with such abusive filth and their words are a hypocrisy.  The Baha’is deliberately omit information or cover-up crucial questions on history of Baha’i Faith and documentation on their relationship with Zionist organization.  It is no surprise that Bahais have a close working relationship with the state of Israel, given the nature of their subversive activities. The Baha’i Faith, through its followers and its administration (which is headquartered in Haifa – Israel), periodically sends information and country assessments for planning and further working. This headquarter is called as the “Universal house of justice” which is considered to be the central dispenser of Justice and the capital of the world from where the enforcement of the Bahai laws would happen throughout the world.

The Baha’i administration to achieve these nefarious goals, employs the service of hundreds of Baha’is around the globe as a network. Members of this “Faith” have had the privilege of being arrested in numerous countries around the world on charges ranging from espionage to money laundering to running immoral rackets. To find more about the same you may search for “Baha’i Scandal ” on the net.

For the Baha’i Faith, lying , Cheating, deceiving and so on are acceptable as long as their goals are being fulfilled. These people have lied to many Governments about their population so as to get concessions and benefits in various countries. Baha’i claim millions follow their faith around the globe, but let me inform you sir / madam that this is nothing but a balloon filled with air in their classical style of deception. Of course alert people like yourself do exist everywhere and these claims have been time and again refuted but they just keep coming. A slight search on Google regarding ” Baha’i Census “ will throw better light on what I am saying.

Through this conference they will try to put their foot firmly in the Middle East in the garb of PURSUIT OF LASTING PEACE. Bahais are desperately trying to expand their base in the Arab world. Recently Baha’is have launched official websites for many Middle Eastern Arab countries aiming at gaining more Human Resources for their cult.

Your being invited to the Conference is part of the same plan. The organizer of the conference is the Baha’i community of the United States of America. The Baha’i Institution have established a fake site in the name “Muslim Network for Baha’i Rights”, possibly as an international money laundering front.

After the conference, the Baha’i Institutions will actively promote your name as a Baha’i sympathizer amongst the Arabs. This could be harmful to your credentials. Therefore, we request you to stay away from such deceptive conferences’.

We request you not to fall into this ideological trap rather you take this as an opportunity for significantly broadening your intellectual horizons over the next few years by studying and contemplating over the  Baha’i Faith. Please do not become a spokesperson for the bigger and hidden agenda of the Baha’i Organization.

This communication is part of my discharging responsibility.

In Him we trust and seek help.