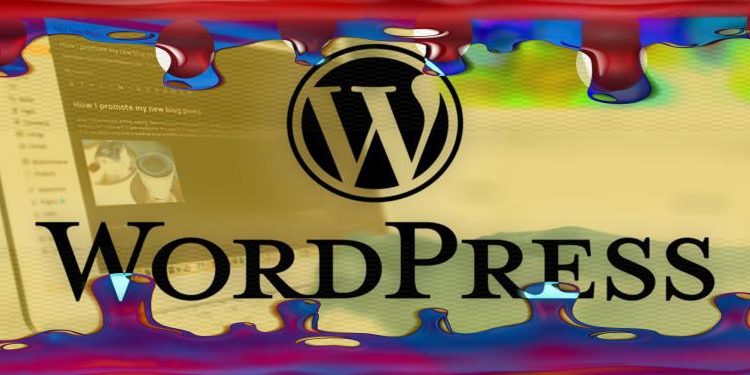 Kalimat Press is a small Bahá’í owned book publishing company that was recently at the center of a huge controversy, one that shocked me and apparently was the primary reason for Dann May and his wife Phyllis Bernard to leave the Bahá’í Faith. http://www.kalimat.com/about.html Kalimát Press was founded in 1978 by Anthony A. Lee and Payam Afsharian, Bahá’ís in the Los Angeles area, during the Bahá’í month of Kalimát (words). It is a small, privately owned publishing company which is exclusively oriented towards the publication of books and other materials on the Bahá’í Faith.
From its inception, Kalimát Press has sought to encourage the publication of new ideas and new approaches to the Bahá’í Teachings. The company has been especially interested in the publication of books for Bahá’í children, materials on Bahá’í history, translations from Persian, original Bahá’í scholarship, and essays on the relevance of Bahá’í teachings to contemporary social issues. Since 1978, Kalimát Press has published over one-hundred titles. These include the scholarly series Studies in the Bábí and Bahá’í Religions. The eighteen volumes of this series have included essays on history, theology, poetry, and other academic topics. These include essays on the Bahá’í Faith in America, in Europe, in India, and in other parts of the world. Kalimát Press now publishes only one or two books per year.
Our intention is to ensure the continued production of serious Bahá’í books which will enrich and diversify the range of Bahá’í literature available in English. We are particularly interested in books on Bahá’í history, and more than half of the titles that we have produced have been directly related to this concern. We have published the Bahá’í Holy Day series in order to provide local Bahá’í communities with reference materials for important Bahá’í anniversaries. The titles include: The Ascension of Baha’u’llah, Days of Ridván, The Declaration of the Báb, Twin Holy Days, and Nowruz: New Day, The Passing of ‘Abdu’l-Bahá The Martyrdom of the Báb. And a Feast for the Soul. Why does Kalimat Press publish only one or two books a year, instead of dozens like a normal book publishing company would? Because of these: http://bahairants.com/fahrenheit-245-83.html National Spiritual Assembly of the Bahá’í of the United States 536 Sheridan Road, WilmetteI, Illinois 60091-2849. (847) 733-3537. Email: secretariat@usbnc.org December 29, 2005 to all Local Spiritual Assemblies.
Dear Bahá’í Friends, Enclosed for your information is a copy of our letter of today’s date addressed to Kalimát Press. We ask you to comply with the decision we have made that all national and local Bahá’í agencies cease to distribute books and other items marketed by this publisher. However, you may continue to sell whatever you may have in stock until your inventories are depleted. Individuals are free, of course, to decide to purchase books from any publisher.
Our decision was regretfully reached as a result of increasing concern in recent years that a number of titles handled by Kalimát Press, aside from those which have enriched Bahá’í literature over the years, contain matter inimical to the best interests of our Faith. It is highly inappropriate for Bahá’í institutions, which are obligated to safeguard such interests, to provide channels of distribution for publishers promoting such titles. With loving Bahá’í greetings, National Spiritual Assembly of the Bahá’í of the United States Robert C. Henderson Secretary-General

National Spiritual Assembly of the Bahá’í of the United States 536 Sheridan Road, Wilmette, Illinois 60091-2849 (847) 733-3537 EMAIL: secretariat@usbnc.org December 29, 2005 Mr. Anthony Lee Kalimát Press 1600 Sawtelle Blvd., Suite 310 Los Angeles, CA 90025 Dear Baha’i Friend, We write to inform you of our decision to instruct the Baha’i Distribution Service and all other national and local Bahá’í agencies serving our community to cease to acquire and sell any titles marketed by Kalimát Press. We have been impelled to so decide out of a serious concern that your company is increasingly offering titles that are inimical to the best interests of the Bahá’í Faith. Yours in His service, Robert C. Henderson Secretary-General Followed by this: http://bahaiadmin.blogspot.com/2006_09_01_archive.html#115813307855199935

Agencies Supporting Shutdown of Publisher UK Bahá’í News Email Service National Spiritual Assembly nsa@bahai.org.uk 23 July 2006 Dearly loved Friends The National Spiritual Assembly has taken the decision that Bahá’í Books UK and its agents will cease to distribute books and other items marketed by Kalimat Press with immediate effect. The National Assembly’s decision was reached as a result of increasing concern in recent years that a number of titles published by Kalimat Press, aside from those which have enriched Bahá’í literature over the years, contain matter inimical to the best interests of the Faith. The National Assembly believes that it would therefore be inappropriate for it, as the institution obligated to safeguard such interests in the United Kingdom, to provide channels of distribution for such material. Bahá’í Books UK and its agents may continue, however, to sell whatever Kalimat titles remain in stock until their inventories are depleted. Further, individuals are free to decide to purchase books from other suppliers.
With loving Bahá’í greetings National Spiritual Assembly What brought that on? Who knows? What caused Joseph Stalin during the 1930s to purge and execute many members of his own Communist Party, along with many Soviet military officers who were otherwise loyal to Communism and/or the Soviet Union, but perhaps not to Stalin personally? That had the effect of weakening the Soviet Union so that when Nazi Germany attacked it in 1941, it almost fell. Likewise, the credibility of the National Spiritual Assemblies of the United States and the United Kingdom have been destroyed by this arbitrary and ridiculous decision to denounce and attempt to shut down a small book publishing company that by all accounts and appearances is a loyal promoter of the Bahá’í Faith itself, rather than the whims of the current Bahá’í leadership!
http://www.petitiononline.com/cgi-bin/mlk? http://bahaisonline.net/petition

The Bahá’í Faith is perceived by most people —Bahá’ís and non-Bahá’ís — as a generally liberal religion, far closer to the Unitarian-Universalists than to the Southern Baptists. Yet over the last 30-40 years the governing institutions of the Baha’i Faith have become ever more conservative in nature and in many ways are adopting strict control mechanisms on Baha’is to maintain a form of Bahá’í fundamentalism. Bahá’í fundamentalism is an odd development.
The scriptures of the Bahá’í Faith are generally progressive —calling for cooperation and understanding among faith communities, equality of the sexes, promotion of the oneness of humanity, the harmony of science and religion, the elimination of extremes of wealth and poverty, support of the United Nations and international order. In contrast to this liberal dimension, the Bahá’í community, especially through its conservative administrative order, promotes theocracy, forbids women to serve on the highest elected offices of the religion, defines homosexuality as a psychological disorder, forbids Bahá’ís to join progressive groups like Amnesty International or the Interfaith Alliance, requires Bahá’ís to stay aloof from controversial political issues, requires mandatory pre-publication censorship of all that individual Bahá’ís seek to publish about their faith, has implemented internal spying on suspected believers, exercises administrative expulsion of Bahá’ís, and threatens shunning of Bahá’ís who are targeted as “internal enemies.” Kalimát Press has been a leader in Bahá’í publishing since its founding in 1978. It has experienced a series of conflicts with the Bahá’í administration over its attempt to publish academic studies of the Babi and Bahá’í religions.
Although Kalimát Press has faithfully followed the demand of the Bahá’í administration to submit all works by Bahá’ís to pre-publication censorship, the process of prepublication review and censorship has created tension between Kalimát Press and the National Spiritual Assembly of the United States. The Universal House of Justice, the international head of the Bahá’í Faith based in Haifa, Israel, has been drawn into these disputes and has also expressed its dissatisfaction with Kalimát Press’s agenda to foster Bahá’í studies.
Besides works by Bahá’ís published under the Kalimát Press imprint, other academic books from Bahá’í and non-Bahá’í publishers are distributed by Kalimát to their main market: the American Bahá’í community. These distributed titles include books on Islam and Iran. A handful of books written by non-Bahá’ís, former Bahá’ís, or liberal Bahá’ís published by university presses or self-published has triggered the National Spiritual Assembly’s call for a boycott of all Kalimát Press titles.
The offending titles appear to be the following:

1. Juan Cole’s Modernity and the Millennium: The Genesis of the Bahá’í Faith in the 19th-Century Middle East (Columbia University Press).

2. Abbas Amanat, Resurrection and Renewal: The Making of the Babi Movement in Iran, 1844-1850 (Cornell University Press).

4. Sen McGlinn, Church and State: A Postmodern Political Theology. Book One (self-published, MA thesis, University of Leiden).
All of these books have received positive reviews and are not particularly radical. Each of them does however rub against popular Bahá’í beliefs and the favorite theological views of conservative members of the Bahá’í leadership. For example, Sen McGlinn’s book provides an exhaustive examination of Bahá’í texts, from Bahá’u’lláh to Shoghi Effendi, on Church-State relations and makes the case that the Bahá’í founders did not expect a Bahá’í theocracy to emerge in some distant future. Mr. McGlinn was subsequently expelled from the Bahá’í community by the Universal House of Justice for publishing his research.
The Universal House of Justice complained that the author was attempting to impose his theology on the Bahá’í community. McGlinn was expelled from the Bahá’í community without a hearing or any semblance of due process. Shortly after the expulsion of Mr. McGlinn, the boycott of Kalimát Press was announced. So I have signed this petition to end the boycott of Kalimat Press and urge others to do the same:

meanwhile, the courts in the USA are no longer taking the Haifan Bahá’ís as seriously as they might have in the past.