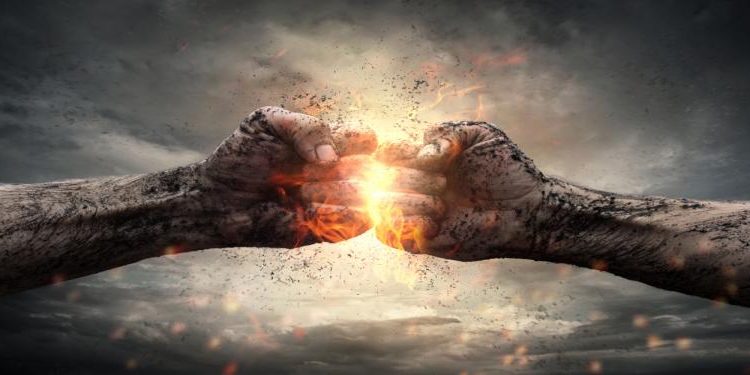 The Babi and Bahá’í Fight Clubs

The history of Babism and Bahá’ísm is filled with various enmities and conflicts between their leaders and followers. Much can be said about each conflict, but we will only refer to a small number of them below:

The conflicts and clashes between ‘Abdu’l-Baha and his brother Muhammad ‘Ali Effendi.

Baha’u’llah had willed that his successor would be Ghusn A’zam (‘Abdu’l-Baha’) and after him Ghusn Akbar (‘Abdu’l-Baha’s brother Muhammad ‘Ali): “God has destined the station [for] Ghusn Akbar after his position (meaning ‘Abdu’l-Baha’), for He is the Commanding Wise. We chose the Akbar after the A’zam, an order from the All Knowing and Aware (God). All must show kindness towards the two Ghusns All must respect and admire the two Ghusns,” Baha’u’llah, Majmu’iy-i alwah-i mubarak-ih, pp. 302-303. After Baha’u’llah’s death the two brothers differed on the amount of authority they had and fights ensued between them and their followers.

The disputes and arguments between Shoghi and those who opposed his successorship.

According to Baha’u’llah’s orders the successor after ‘Abdu’l-Baha was supposed to be his brother Ghusn Akbar. ‘Abdu’l-Baha disobeyed this decree and instead appointed his own grandson Shoghi Effendi as his successor. This resulted in many differences and conflicts between Shoghi and many Bahá’ís who didn’t accept his authority.

The dispute between Ruhiyyih Maxwell (Shoghi’s widow) and the Hands of the Cause with Mason Remey, the then president of the International Bahá’í Council.

In contrast to what ‘Abdu’l-Baha had prophesized, Shoghi was sterile and had no children to succeed him. In a bid to become his successor, an internal conflict erupted between Baha’u’llah’s followers. Amongst these conflicts, the most intense was the one between Shoghi’s widow (Ruhiyyih Maxwell) and Mason Remey (President of the International Bahá’í Council). Mason Remey claimed that the UHJ established by Ruhiyyih Maxwell was illegitimate and in a countermove the UHJ excommunicated Mason Remey from the Bahá’í community.