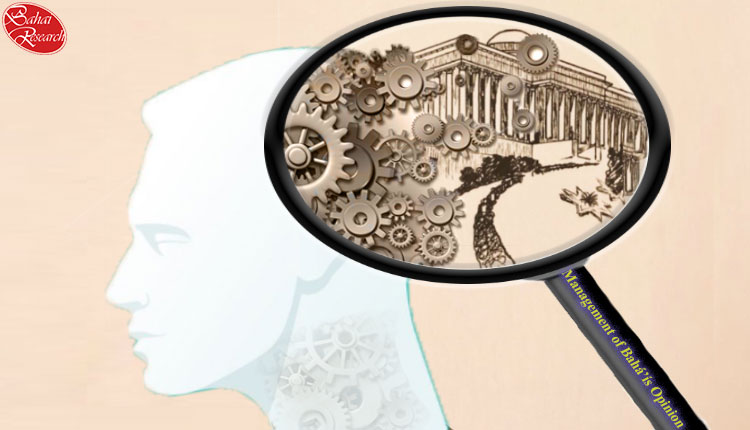 (Professor of History at the University of Michigan) Originally published in The Journal for the Scientific Study of Religion, Volume 37, No. 2 (June 1998): 234-248. Despite the large literature on American religious bodies, some groups remain curiously off-limits to careful investigation. In many instances, these largely unstudied contemporary faiths carefully cultivate public images that hide important facets of their outlook and internal workings. … Thus, the collapse of Bhagwan Shree Rajneesh’s Oregon commune surprised many observers. Some of these groups have developed control mechanisms that discourage adherents and often even apostates from writing about these workings.
Scientology, for instance, employs techniques of harassment against critics. Others employ shunning which can be an extremely powerful deterrent, endangering a lifetime of friendships and even family relationships. The problem with strict internal controls for missionary religions, however, is that they are most often incompatible in Western societies with significant growth. One solution to this difficulty is to attempt to control what are thought of as key pressure points—vocal intellectuals, media, and prominent institutions—and to give greater leeway to ordinary believers. This solution has the further advantage of making charges of repression less plausible to the rank and file, who have not personally experienced such constraints. Here I wish to examine social control mechanisms in the American Baha’i community. These include mandatory prepublication censorship of everything Baha’is publish about their religion, administrative expulsion, blackballing, shunning and threats of shunning. What are the ideological bases of these control mechanisms? How is power attained and managed in a lay community without a clergy? I wish to stress here that this article is not concerned with the essence or scriptures or theology of the religion, but with the actualities of its day-to-day technologies of control.
Many of my remarks cannot be generalized to other national communities, and concern mainly the U.S. Anyone familiar with the public relations literature produced by the movement will be surprised at the description of control mechanisms given above, since Baha’is are often grouped in the media with Unitarian-Universalists. Why should the Baha’i authorities wish to project an image more liberal than the reality?
First, the movement’s scriptures are liberal in their orientation, and as a result even administratively conservative Baha’i leaders support the U.N. and race unity, and pay lip service to the rule of law. But when it comes to the internal governance of the religion, the same leaders wield these control mechanisms to enforce on prominent believers what might be thought of as “party discipline” in the Marxist sense.
Second, Baha’i leaders are aware that if the U.S. press understood how their administration actually operates, journalists might be far less favorable to them than is now the case.
Third, the Baha’i leadership and intellectual class includes some powerful liberals, and some of the contradictions between self-presentation and policy derive from conflicts among the leadership. Fourth, since the 1960s this non-Christian Iranian religion has not attracted many white evangelicals or working-class Catholics, whereas more pluralist college-educated persons have been much more open to it.
Thus, an open insistence on a fundamentalist orthodoxy and a clear condemnation of human rights principles might deprive the religion of an important recruiting ground. Although anti-liberals have captured the key posts, they shape the community’s ideology subtly, by controlling media and silencing liberals who begin to become prominent. Because of these techniques of dissimulation, power can remain in the hands of conservatives, while liberals can continue to be recruited at the local level, and often remain unaware of how marginalized they really are. In the past, the paucity of anything but official literature formed a difficulty in studying the approximately 60,000 adult American Baha’is, but the emergence of Baha’i electronic mail forums in the 1990s has led to the airing of Baha’i individual opinions in public. I will outline some key control mechanisms employed in the U.S., based on published literature, following email debates, and participant observation. The author has been studying the Baha’i religion for a quarter of a century, and spent much of that time as an adherent. This movement originated as a messianic offshoot of Twelver Shi`ite Islam in nineteenth-century Iran. By the time it came to the United States, in the 1890s, it was already an established religion in Iran and elsewhere in the Middle East (Smith 1987). It is now among the more widely-spread religious bodies in the world, and since the mid-1980s has officially claimed about five million adherents (Smith and Momen 1989)–a number that has remained stagnant since then and which was probably somewhat exaggerated even at the time. Let us begin with a brief historical overview.