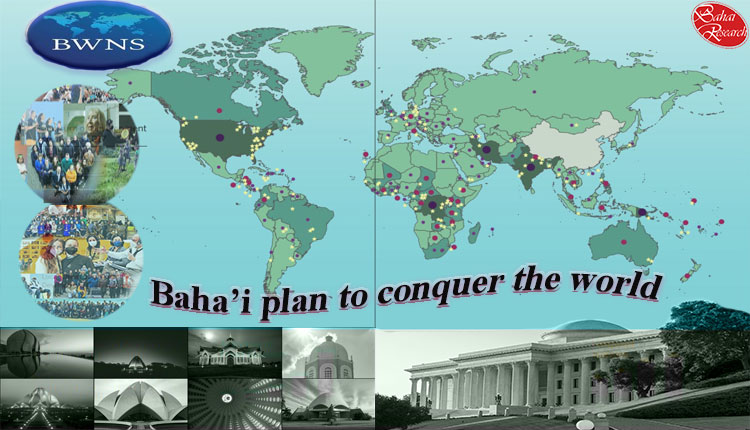 A brief look on the message of Universal House of Justice on 30 December due to explain the Baha’i Faith road map of the next 25-years and the Baha’i conferences.

The Baha’is community started the new year, 2022, by the message of UHJ. It is written to the Conference of the Continental Boards of Counsellors, due to inform the plan of next 25 years. It is important that key axes and main designs are introduced in the message such as:

It should be noted that this plan has been broken down into a compact and fast one-year and then nine-year plan, which will finally reach its 25-years end during the reviews.

A simple search in different messages of UHJ proves that increasing the Baha’i community members is a long-held dream which has not been fulfilled, yet. Although the leaders of Baha’i Faith announced the globalization of Baha’i Faith, not specific results today can be observed! It can be concluded that the uproars and media controversies has not been able to convince Haifa residents to accept the failure of organizational membership after all these years.

So, to conceal these defects the UHJ has to beat the drum of hope in the Baha’i community just by saying Baha’i prayers.

Baha’i organization divided the whole world in to the 17000 regions which is called Cluster. These clusters are categorized by a milestone growth. It means as the process of propaganda improves in a cluster, the number of milestone’s growth increases (up to number 4). When a Baha’i enters a cluster, he should start one of four program of propaganda such as:

1-Holding children’s classes (Based on the third Ruhi book)

2-Holding teenager’s classes (Based on the fifth Ruhi book)

If one of these classes starts in a cluster, the first milestone rises up there. As the tutor evokes the audience to attract others in such classes and meetings, the groups proliferate in the cluster. So, the cluster is ready to get the second milestone. This process continues to fulfill the Baha’is’ priority on that cluster, and Baha’i Faith can be formalized by people’s support in a determined form of service. It’s expected that the considerable products and the experience of propaganda have been suggested to the other clusters if your cluster gets the fourth milestone.

The recent significant order of the UHJ to the Continental Counsellors about the condition of the clusters can cause new stories in the Baha’i community. It’s interesting that the UHJ asks about the information which is expected they must have. If the members of the UHJ are innocent and getting the invisible assistant, it’s expected they themselves have these information without asking the others!! It seems that the UHJ not only doesn’t have any competence to manage the Baha’i community but also sleeps deeply! They even don’t know simple information of the Baha’is propaganda to the extent that it cannot be a problem solver of the life of the Baha’is and the Baha’i Community.

Although the voice of the next nine-plan of Baha’i community is heard crowdedly, the content is weak as always. Media controversy for holding the conferences about Baha’i Faith in public places is one of the proved evidences.

How they have been introduced the presence of a few people in a university or a room as an international conference or a success for the Baha’is? Do the Baha’is themselves accept these examples from UHJ as the growth of the Baha’i Faith in the world, or does the growth of the Baha’is depend on solving the problems of this community and its followers? Is it not time for the Universal House of Justice and its representatives to fulfill their unfulfilled promises in the Baha’i community instead of making non-expert comments on any issue in the International Communities?

After the claim of the unity of the human world, which was raised by ‘Abdu’l-Baha, and the Baha’i organization also prospered it, today social transformation is another exaggerated word in the statement of the Universal House of Justice.

The UHJ has requested both Continental Consultant and missionaries to change the culture of families as they grow through clusters.

The change of culture in a society is defined in the culture of its smallest member, the family. Therefore, the UHJ has officially declared war on humanity in this statement, because the foundation of all communities has been aimed to move to the Baha’is culture. First, tutors must strengthen the desire to have a lifestyle and its characteristics in a person. Then introduces him Baha’i Faith, and tries to attract him to the Baha’i’s lifestyle.

Therefore, the request of contributing to social transformation means separating a society from its beliefs in the name of lifestyle and accompanying it in Baha’i’s beliefs as a Baha’i lifestyle!

Isn’t it a crime to change culture in societies? Do International Institutions and the laws of countries can bear such a declaration of war against their nation and national culture??

The more interesting point is that the UHJ has promised to provide the facilities and budget of this partnership to the Baha’i community!!

Is it not time for the UHJ to announce a reasonable statistic of the budgets spent on the livelihood and welfare of needy Baha’i families in Baha’i media? Tax transparency and improving the welfare of Baha’is is certainly the most rational request of the Baha’is community to the House of Justice!

The Babi Uprising in Zanjan Causes and Issues

An Introduction of Baha’i Shenasi Magazine No. 1-10