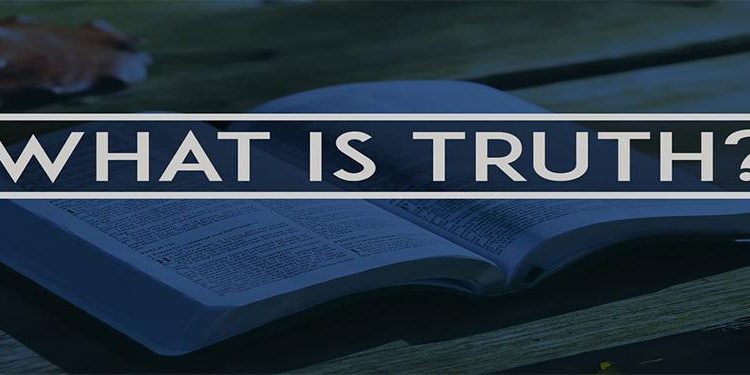 The Independent Investigation of Truth

This principle of the Baha’i Faith is one of the oft-quoted statements any prospective convert would hear from the Baha’i preachers. Reasoning and critical thinking leads one to the truth. Moreover, when one thinks independently, clearing his mind of past notions and ideas he will instinctively be attracted towards the truth. On this premise, the Baha’is wish that all humans should leave their religious teachings aside and give ear to the Baha’i Faith. But the catch is, the Baha’is do not permit investigation of the Baha’i Faith.
Let us independently investigate this principle in the light of Baha’i teachings.
Bahaullah explicitly commands his followers to abandon reasoning:
“If one wants to investigate the Baha’i Faith with eyes which are open and with knowledge and insight, then that one shall most certainly return emptily. All should leave their sense, insight, understanding and discernment and accept whatever I say.” (Makatib, Vol 2, p. 247)
Why is it that this Baha’i principle is not applied to Baha’i teachings? If truth has to be investigated independently, why is one not allowed to investigate Baha’ism? On the contrary, the founder of Baha’ism declares if you will investigate the Faith, it will not be worth your while!
He is also quoted to have said:
“O son of the soil become sightless so that you can observe my beautiful face, become unable to hear anything else so that you can hear my harmonious voice, and become uninformed so that you can take away a part of my wisdom? So that you may enter my holy kingdom with a clean eye, an innocent heart and a benevolent ear.” (Bahaullah, Ad’leh Mahboub; Abdul-Baha, Makatib, p.247)
Imagine if you will, a single-minded devotee, blind, deaf and ignorant to all but the body and soul of Bahaullah. Can such a person compare and investigate various truths and find The Truth?
The Baha’i Faith incentivizes such sealing of reason, by calling it the believer’s colossal delight:
“No delight has been created in the whole universe more impressive than for one to hear the sayings (of Bahaullah), comprehending their significance and refraining from (raising questions such as) “for what” and “to what” (purpose).” (Bahaullah, Kitab-e-Badie, p.145)
These negations and contradictions of the Baha’i principle are never told to the prospective converts. These unreasonable ideas are never spoken of by the Baha’i preachers. How the Baha’is cheat innocent youths and never actually allow an independent investigation of truth is quite evident from the following statement of an Ex-Baha’i, Mr. Eric Stetson (Baha’i from 1998 to 2002). While writing about his conversion from Christianity to Baha’ism he says:
“I did read several books of Baha’i scriptures that they provided me with, and I did ask plenty of questions and gave it a lot of thought before officially declaring my faith; but I did not know what to look for in the copious Baha’i sacred writings, much of which I had never yet been exposed to, that would have dissuaded me from becoming a Baha’i, nor would I really have wanted to know at that point anyway. (In retrospect, I wish I had been more cautious and probed with a more skeptical mind, so that I would have learned everything before choosing to sign a membership card.) The Baha’is certainly obliged my subconscious desire to avoid such pitfalls on the path to conversion, never informing me about the serious doctrinal and administrative controversies in their faith that demand careful consideration. I signed my Baha’i declaration card on the Baha’i New Year (Naw-Ruz), March 21, 1998, at a wonderful party where I performed some Baha’i verses of prayer I had memorized in Arabic, singing baritone as part of the U.VA. Baha’i choir. Everyone was happy: they were happy to have made a new convert, and I was happily ignorant of the bombshell discoveries that a few years later would tear my faith apart.”
By saying “Investigate the truth” the Baha’is really want to say “Question your own religious beliefs as we want you to question them but NEVER question the Baha’i Faith as it is forbidden to question it.”
The Baha’is never talk about their disruptive history nor of their authoritarian administrative structure which they zealously propagate as their gift to mankind. The truth about these would repulse any prospective convert.
I call upon the Baha’is to independently investigate the truth in Baha’ism. Think honestly! Would you accept a faith which makes tall claims but falls short in action!!
Would you rather not follow the Quranic teaching? “Who hear advice, and follow the best thereof. Such are those whom Allah guideth, and such are men of understanding.” (Surah Zumar:19)
Would you rather not shrug off prejudice and independently investigate the truth as was declared by the Holy Quran much before Baha’is came up with their un-acknowledged plagiarized teachings: “O Ye who believe! If an evil-liver bring you tidings, verify it, lest ye smite some folk in ignorance and afterward repent on what ye did” (Surah Hujarat: 6)
If a Baha’i seeking help from the Almighty God (whom we all profess to believe) would honestly investigate the truth about Baha’ism he would definitely conclude that Baha’ism is not a religion guiding man to god but an organization fulfilling Zionist aims. (How many prospective Muslim converts are told that the headquarters of Baha’ism are in Haifa, Israel?)