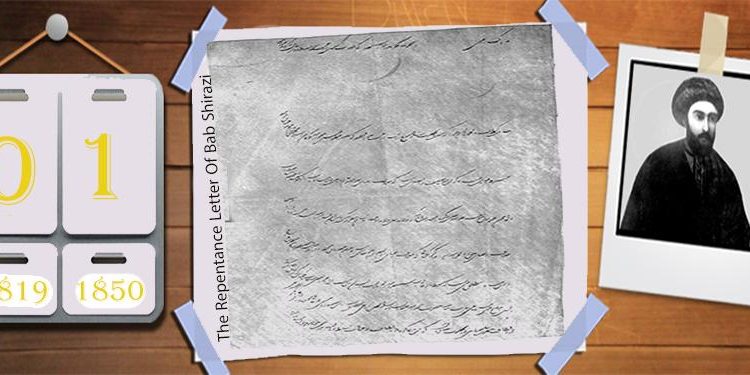 Precursor to Man Yozherohullah; The Fake Position of Bab

One may question the reason behind this series given that Bahaullah abrogated the religion of the Bab. However, readers will agree that to understand the Baha’i Faith, one must dig deeper and verify the source of its revelation. Therefore it is important to establish the veracity of the Bab prior to establishing the truthfulness of Bahaullah.
The Baha’is claim that Bab was the forerunner of the Baha’i Faith – and nothing could be closer to the truth than this. … For it is only the appearance of the Bab which paved the way for Bahaullah and his claims. If the Bab is compromised, either in personality or in belief, it affects the credibility of the Baha’i Faith. It is the recognition of this aspect which has led me to this treatise on the Bab. The life and times of the Bab are colorful, yet terribly immersed in confusion. If the Bab is to be believed, he was the door to the hidden Imam Mahdi, then the return of Imam Mahdi himself and finally God incarnate Himself. If Baha’i history is to be believed, the Bab was the return of the hidden Imam Mahdi, a prophet and the forerunner of Bahaullah all rolled into one.
All in all, the Bab apparently was a personality so multi-faceted that it boggles the mind. I hope to establish conclusively through my articles that the Bab was no better than any other false claimant to the position of the Hidden Imam; that he was ignorant in his thoughts, wavering in his claims and that his appearance was part of a larger conspiracy to destroy Islam and create factions in it. In fact the Baha’is have claimed and raised the position of the Bab more than what the Bab claimed for himself. There is a reason for the multiplicity of the claims of the Bab and I will explain in my articles the reason for the same.
I hope this will be established with the help of notes and references from existing Babi and Baha’i writings. I will make liberal use of the writings of the Bab himself and provide links to the original documents as well wherever possible. I seek help from the Almighty Allah that he grants me life and the opportunity to complete this work. I also request my readers to be objective in their reading; to be fair to the effort which has gone into painstakingly collecting the references about the life and times of the Bab and reasonable while pronouncing their final judgment. Before moving ahead, I leave you, my readers with some of the impressions of the Bab. Do pay attention to the praise showered on the Bab, the lavish extolling of his virtues and the tributes paid to him by the Baha’is. “Baha’is believe that the Bab (1819-1850) was an independent Messenger of God, whose mission was to inaugurate a new cycle in humanity’s spiritual development. His writings prepared the way for the mission of Bahaullah.” (Official Baha’i version on the position of the Bab)
“Bab was the gate to the hidden Imam Sahibuz Zaman, rather a rank which excelled Sahibuz Zaman, the Qaem awaited by Shias, the Mahdi awaited by the Sunnis, the perfection of Moses, the radiance of Jesus and the patience of Job (Hazrat Ayyub).” (God Passes By, Shoghi Effendi. One may read the article on God Passes By for the respective page numbers) Bahaullah affirmed that the Bab was “the Herald of His Name and the Harbinger of His Great Revelation which hath caused…the splendor of His light to shine forth above the horizon of the world.” The Bab’s appearance marked the end of the “Prophetic Cycle” of religious history, and ushered in the “Cycle of Fulfillment.” (Tablets of Bahaullah, p. 102)
The Baha’i writings attest that “the greatness of the Bab consists primarily, not in His being the divinely-appointed Forerunner of so transcendent a Revelation, but rather in His having been invested with the powers inherent in the inaugurator of a separate religious Dispensation, and in His wielding, to a degree unrivaled by the Messengers gone before Him, the scepter of independent Prophet hood. (Ref: The World Order of Bahaullah, p. 123)
Abdul-Baha says, “The Bab, the Exalted One, is the Morn of Truth, the splendor of whose light shined throughout all regions. He is also the Harbinger of the Most Great Light, the Abha Luminary (Bahaullah).” (The World Order of Bahaullah, p. 127) Strong words indeed. But not surprising considering that all these come from Baha’i sources. However they only add to the confusion that is the Bab. Was he the door (Bab, Arabic) to the hidden Imam? Was he the hidden Imam? Which cycle was completed by his advent? Was he an independent prophet? Or simply none of the above?