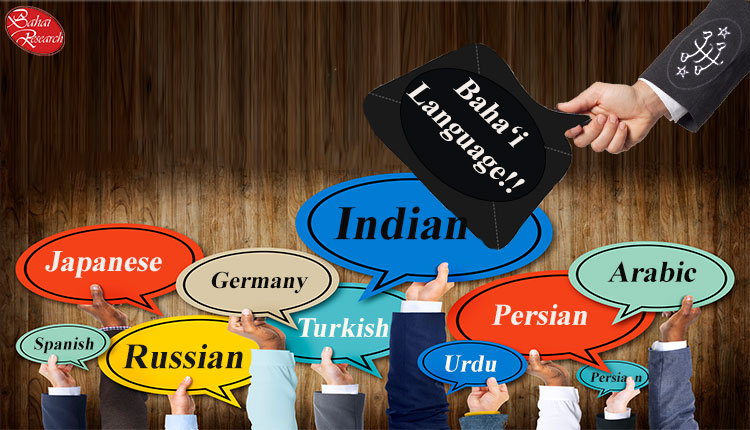 The Baha’i Faith has introduced the idea of having an auxiliary language. This is an important Baha’i principle which claims to be a step towards bringing world peace, as ʻAbdu’l-Bahá has been quoted to have said: “One of the great steps towards universal peace would be the establishment of a universal language.” (Paris Talks, the Eighth Principle)
Considering the fact that it is included amongst the important 12 Baha’i principles, it would be worthwhile to know its conformity with divine laws.
The religion of God is always complete and perfect. In it, there is no confusion and all explanations have been provided. It does not leave man in the state of ambiguity and contradiction. In fact, its fundamentals are explicit and it outlines a defined path.
A look at the principle of universal language, raises many doubts about the validity of such a belief. The least needed for this idea to be divine was that the Baha’i Faith should have provided a clear guideline about the language. The confusion exists not only amongst this day Baha’is, but even among the Baha’i leaders, themselves.
Baháʼu’lláh in his writings has “recommended” Arabic as the universal language. “That proposition which is especially beloved, when presented before the Heavenly Throne, is that all should converse in the Arabic language. This, inasmuch as it is the most comprehensive of all languages (absat az kull al-lughat).
(Tablet of Bahaullah commenting on the verse of Aqdas about the selection of International Auxiliary language and script)
The Baha’i holy book of Aqdas too was written in Arabic, which reflects its importance and the possibility of becoming the universal language. But, with the disastrous failure of the Baha’i Faith in the Muslim world, and the growing popularity of Esperanto (a constructed language) Abdul Baha miscalculated: “Esperanto has been drawn up with this end in view (of being the universal language): it is a fine invention and a splendid piece of work, but it needs perfecting. Esperanto as it stands is very difficult for some people? Therefore appreciate ‘Esperanto’, for it is the beginning of the carrying out of one of the most important of the Laws of Baha’i and it must continue to be improved and perfected.” (Paris Talks, the Eighth Principle)
However, Esperanto could not sustain itself, and the widespread usage of English had the Universal House of Justice declare: The need for it (a universal auxiliary language) is now recognized on all sides, as reflected in the circumstances that have compelled the United Nations and much of the non-governmental community to adopt several “official languages”. Until a decision is taken by international agreement, the effect of such developments as the Internet, the management of air traffic, the development of technological vocabularies of various kinds, and universal education itself, has been to make it possible, to some extent, for English to fill the gap. (The Universal House of Justice, Century of Light (2001), p. 128)
Baháʼu’lláh wanted Arabic, ʻAbdu’l-Bahá backs Esperanto, while the Universal House of Justice recommends English. With so much confusion amongst the leaders in the first 150 years itself, makes one wonder if this could ever be called a divine commandment.
The least one would expect from a religion is to outline the path. The central figures themselves were so confused that ʻAbdu’l-Bahá declared: “An international Congress should be formed, consisting of delegates from every nation in the world, Eastern as well as Western. This Congress should form a language that could be acquired by all, and every country would thereby reap great benefit.” (Paris Talks, the Eighth Principle)
Why should the Congress form a language? Is this not a Baha’i teaching? It is disgusting to note that religious leaders are so powerless, that they have to seek assistance from world diplomats. This teaching was easier said than done. Do you not think that if the interpreter of the religion is so confused that he cannot provide the solution, something is wrong with the faith?
Also, it would be worthwhile to note that ʻAbdu’l-Bahá says a common language would pave the way for universal peace (quoted in the beginning), Shoghi takes a U-turn. What Baha’is referring to in the Eighth Leaf of the Exalted Paradise (Tablets of Baha’i p. 68, above) is a far distant time, when the world is really one country, and one language would be a sensible possibility. From a letter written on behalf of Shoghi Effendi to an individual believer, March 16, 1946 republished in Lights of Guidance, p. 340.
While ʻAbdu’l-Bahá says a universal language will unite the world, Shoghi declares a united world will develop a universal language. What came first, the chicken or the egg?
Confusion abound in this teaching, and the incessant change in the Baha’i interpretation, emphasizes the missing link between the Faith and God. While truth is clear and explicit, and religion focusses on clearing confusion and doubts, the Baha’i Faith only adds to contradiction. All this makes one wonder, is there any truth in the Baha’i Faith?