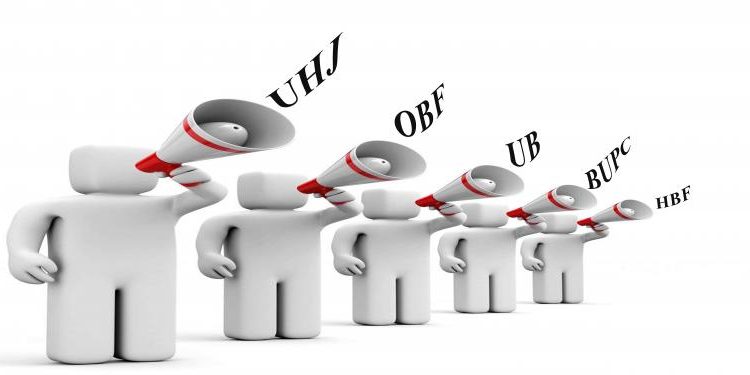 Victory for the Different Sects of Bahá’ís

In a historic verdict that will have long standing effect, the Federal Court of the United States of America has quashed the appeal of the majority Bahá’í Faith (popularly known as Heterodox Bahá’í Faith –HBF) for patent on use of term Bahá’í for itself. Although this is not the only time such a verdict has been passed (such verdicts have come twice earlier), this verdict comes at a time when the Bahá’í Faith is gripped under sectarian claims.
Never in the past has the Bahá’í Faith witnessed such sectarian challenges. It must be noted that minority sects like the Orthodox Bahá’í Faith (OBF), Unitarian Bahá’ís (UB) and Bahá’ís under the Provision of Covenant (BUPC), Reform Bahá’í Faith have faced discrimination at hands of the majority HBF for ages.
These sects have been gasping for survival and this verdict gives them a new life and sense of hope. The minority sects have always challenged authority of the Universal House of Justice –UHJ (the center seat of the HBF) domination and control. The minority sects claim that the appointed guardians’ position has been hijacked by the Universal House of Justice through shrewd manipulation and often intimidation about half a century ago.
Faced with discrimination the minority Bahá’í sects have experienced difficulty in visiting the Holy Shrines, located predominantly in Haifa, Israel. The verdict opens a window of hope for the minority Bahá’í sects in laying claim over visiting and managing the Holy Shrines. A member of the OBF says that the verdict has lifted their spirits and the OBF along with other minority Bahá’í sects is actively thinking of filing a suit in the highest court in the United States as well as Israel to stake claim over managing the Holy Shrines. A spokesman of the BUPC said that the day is not far when all Bahá’í sects will enjoy the freedom to visit shrines and practice and propagate their beliefs freely.
The verdict has rightly distanced the legislature from matters of belief, thereby putting an end forever to the HBFs dream of having an unchallenged authority over all sects. The HBF is known for publicly claiming its non-involvement in politics but practicing it in all its dealings. The verdict also gives an opportunity for the followers of the HBF to introspect and derive their independent conclusions. It looks like the Bahá’í denominations have succeeded in mounting a significant challenge to the mainstream Haifa-based Bahá’í Faith. On the other hand main stream Haifa Based Bahá’ís are putting more pressure on their UHJ to clarify the concept of Guardianship, rather than asking them to shun the Covenant Breakers.
The recent court case victory will further internationalize the issue of Guardianship.
Mr. Joel B. Marangella, Mr. Neal Chase , Mr. Fredrick Glaysher, Mr. Jacques Soghomonian have further consolidated their position amongst the Heterodox Baha’is, joining them is Mr. Eric Stetson and great grand-daughter of Bahaullah Mrs. Nigar Bahá’í Amsalem. It looks like the balance is tilting more towards Guardianists. If current trends of in-fightining continue and if the concept of Guardianship is not fully explained to the Heterodox Bahá’ís, It is quite possible that The Haifa based Bahá’í Faith will suffer from more divisions and mainstream Bahá’í Faith will be reduced to minority.