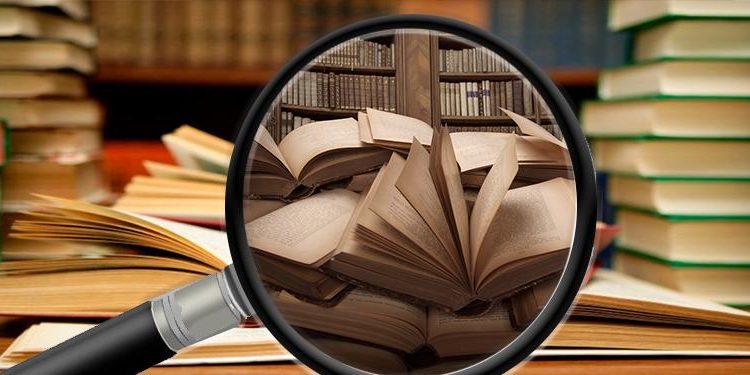 The Elder-Miller Version of the Baha’i “Book of Laws” is the earliest, the first, and the most honest.

Baha’is pride themselves on having an authentic religion unchanged by man. Not much point to that if you don’t even let people read the original texts. After hiding their embarrassing scripture for 120 years, the Baha’i administration commenced to change it through agenda-driven mistranslation. They also turned a short work – only 74 pages in the Elder-Miller translation even with all their notes – into a 320 page behemoth of spin-doctoring and explanatory apologetic. But the Elder/Miller version shows what the simple text originally said.

The Elder & Miller translation was the first time the Baha’i Faith’s mysterious “Most Holy Book” was presented in English. The Baha’i administration ignored it because it did not contain the necessary translation distortions to keep it from damaging the religion’s reputation and keep membership growing. They successfully directed the attention of the Baha’is away from it until, a few years after it’s publication in 1961, most enrollees believed the administration as they continued to say “It hasn’t been translated yet.” 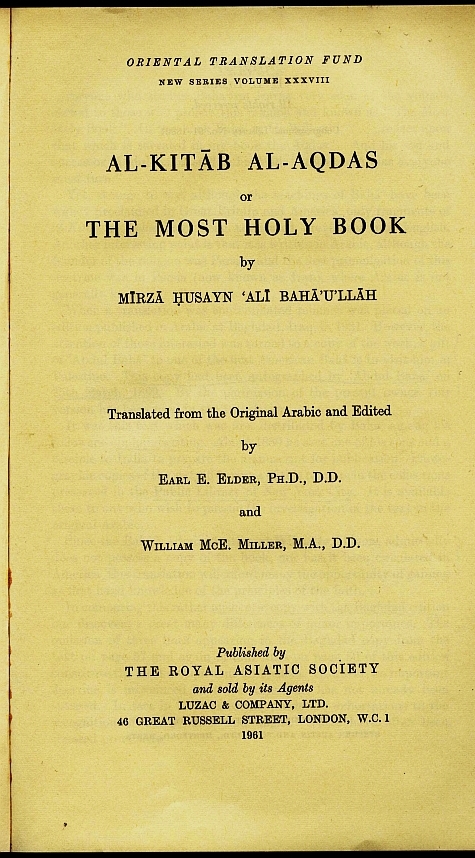 An excerpt from the original book

This “revelation” by the Baha’i founder Baha’u’llah is believed to have been completed by 1873, thus 139 years have already passed and Baha’is are still not using rose water or wearing sable. (See below.) Baha’is believe their “Most Holy Book” was God’s guidance to mankind for the next thousand years.

The Elder-Miller translation is a more accurate and direct translation than the one belatedly offered by the Baha’i administration 120 years late. The latter, “The Kitab-i-Aqdas: The Most Holy Book,” contains definite obfuscations, dressings, and distortions designed to protect the fortunes of the Baha’i Faith and preventing the book to cause a drastic falloff in membership as the text reveals a great disparity between the original message of the founder and what later came to be sold as “The Baha’i Faith.” It is an important resource in the continuing saga of Baha’i efforts to both obscure and alter their own original foundations and texts.

Elder and Miller were two English orientalists and Arabic scholars, Elder an author of an Arabic grammar who had spent many years in Persia and interviewed early Baha’is and Babis. It is the first English translation, done by non-Baha’is, because the Baha’i administration refused to do it. I am fortunate to possess an original first edition hardcover copy of the rare 1961 book (shown here). It’s old enough to be printed in hot lead type. Why is it rare? Because Baha’is sought to suppress it, as they have often done with other books including the writings of their very own ostensible prophet-founder, The Bab.

“Anyone who studies Baha’ism learns very soon of the volume sacred to those who profess this religion and known as “The Most Holy Book.” Of this book Baha in his Will said, “… reflect upon that which is revealed in my book the Aqdas.” And his son and successor ‘Abdu’l-Baha said in his Will, “unto the Aqdas everyone must turn.” Yet, strange to say, although the teachings of the Baha’is have been widely proclaimed in Great Britain and America, only fragments of al-Kitab al Aqdas have been translated previously into English.”