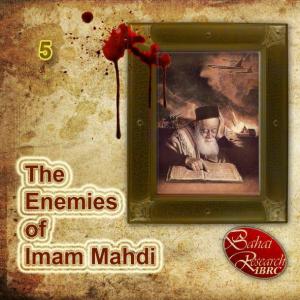 Bahá’ís say: “The Promised Savior of the Islamic religion, the Mahdi (peace be upon him), was a person named Mirza Ali Muhammad Shirazi (known as the Bab), who appeared in 1260 AH (1844), and the religion of Islam ended with his appearance. In addition to abrogating the religion of Islam, he brought new commandments for humanity and heralded the emergence of the next prophet, Mirza Hossein Ali Nouri (known as Baha’u’llah).”

Regardless of the fact that the Islamic religion considers the Holy Prophet, peace and blessings of God be upon him, to be the last divine prophet and the appearance of a prophet after him is against its teachings, it must be said that in the history of Islam, the only claimant to the position of Mahdism is not the Bab and other individuals have also made such a claim.