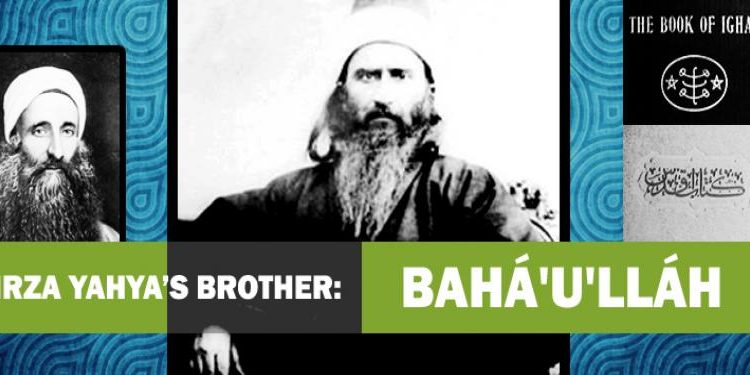 The Administrative Organization of Babis during the time of Mirza Yahya Subh Azal’s habitation in Baghdad (1269 – 1280 l.h.)

Mirza Ali Mohammad Bab declared himself as the Promised Mahdi of Islam, and determined a Promised One for his new faith, and named him “the one who will be manifested by Allah “(Man yozherahollah).

He believed that God would appoint some Mirrors (Meraats) after his death, and before the time of “the one who will be manifested by Allah” (Man yozherahollah).

Those Mirrors would lead his followers according to divine revelation, and in case of their absences, the great learned Babis (The Martyrs of Bayan) would be the leaders.

This article will study the position of The Martyrs of Bayan in Bab’s Faith and will introduce some of them who had already appointed by Mirza Yahya Subh-Azal.

The article shows a kind of administrative organization for leading Babis during the secret life of Mirza Yahya Subh Azal in Baghdad. The article proves that the solidarity and coherence of Babis was not the art of initiative and endeavor of Mirza Hussein Ali alone.

A Sociological Survey Of The U.S. Bahá’í Community