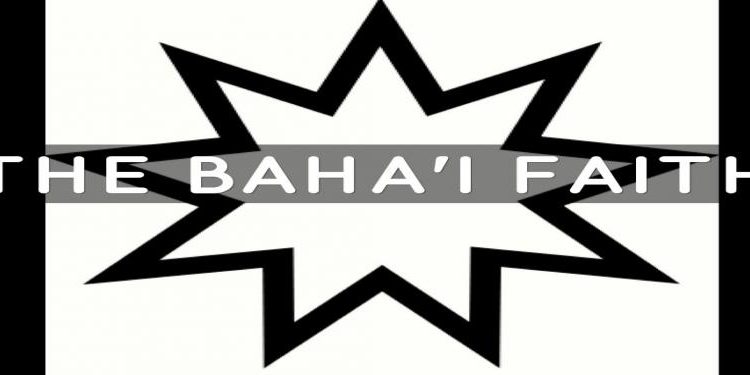 Why I Abandoned the Haifan Bahá’í Faith

Dale Husband was born in Fort Worth, Texas, on May 8, 1969 and grew up in Haltom City, Texas. Originally a Protestant Christian, he has since taken a long spiritual journey through both Unitarian Universalism and the Bahá’í Faith and firmly supports the former. He now considers himself an agnostic and an “Honorable Skeptic”, rejecting all dogmas and favoring reason and empiricism. He graduated from Tarrant County College in 2000 with a degree in science and currently works for Amazon. He is single with no children, but his love for all humanity motivates him every day.

Over the years of my life, I have professed several religious positions:

1.From birth to age 15: Christianity, no church affiliation, being taught religion by my Baptist mother.

2.From age 15 to age 20: Evangelical Christianity, Southern Baptist church affiliation. I converted as a college student after deciding that most of the claims of Christianity were lies.

3.From age 20 to age 27: Agnostic humanist, with Unitarian Universalist (UU) church affiliation.  From age 27 to age 35: Bahá’í Faith, loyal to the Universal House of Justice based in Haifa, Israel. I joined it after deciding that the UUs were empty and that a religion with substance would be more useful.

4.From age 35 to present: Agnostic humanist and UU once more Freed from Bahá’í prejudices, I reverted to what I now consider to be my true self: Willing to learn from religious traditions without being bound by anything dogmatic. In 2005, to reconcile my spiritual side with my skeptical side, I invented my philosophy of Honorable Skepticism which has guided me ever since.

From 1995 to 2004, I was a member of a religion known as the Bahá’í Faith. This religion teaches that God is called by various names but is still the same all over the world, that all religions teach the same basic message, and that humanity is actually one race and is destined to unite under the banner of the Bahá’í Faith in a new age of peace and unity!

I was eager to see and to achieve the highest goodness in my life and in the world, so this was a Godsend to me! I embraced the faith after attending firesides about it in Bedford, Texas and became an active teacher of it, even attempting to convert others to it. I had been a Christian, specifically a Southern Baptist, in my teens, but had become disgusted with Christianity and left that faith in my early 20s because I saw the errors, contradictions, and failures of it. The Bahá’í Faith explained that away by claiming that while Jesus was indeed a Messenger (or Manifestation) of God, His faith had become corrupted over time and thus most Christians were not truly following him, but the doctrines of men. In joining the Bahá’í community, I thought I was seeing what the early Christians in the Roman Empire were like, except that unlike them the Bahá’ís would not split into competing sects and engage in wars against each other. If only everyone in the world became Bahá’í, I was told, we would be at peace and prosperity forever.

What a wonderful vision! But human nature will NEVER allow for it! The reason is that the leadership of the Bahá’í Faith, from its founder, Bahaullah, to the Universal House of Justice today, claims to be infallible because it is guided by God. Yet we know that Bahaullah, his son Abdul-Baha, Abdul-Bahas grandson Shoghi Effendi (the Guardian of the Faith), and the members of the Universal House of Justice were/are all HUMAN BEINGS. What evidence do we have that ANY of them are infallible? NONE! And if you cannot question the will of a leadership, what do you in fact have? Tyranny! And what does tyranny always lead to, according to history? Corruption and injustice ! And that, in turn,results in the system breaking down over time. Indeed, the very idea that any human being, human run institution, or human product is infallible is nonsense. It is the most dangerous idea in the world!

Also, I finally began to see that the Bahá’í Faith also has errors, contradictions, and failures of its own, despite being less than 200 years old. It was my coming to understand this that finally led me to leave the Faith with a heavy heart. The hypocrisies of the Bahá’í Faith’s own dogmas can be summed up as follows:

1. State that religion no longer needs clergy … and replace them with leaders that are as authoritarian as the Medieval clergies ever was.

2. Claim that men and women should be equal … but then deny women membership in the all-powerful leadership council of the religion.

3. Condemn as heretics those who believe in your religion but dare to challenge the claims of your religions current leadership, while at the same time claiming to welcome as friends the followers of other religions.

4. Claim there is harmony between science and religion, but also claim that anything your leaders say is absolutely true, even if on topics science is expected to address.

Then there are the scandals I discovered which really disturbed me, even after I had left the Faith.

2. The Madness of Shoghi Effendi  Abdul-Baha, in the same Will and Testament that appointed Shoghi Effendi as Guardian of the Cause of God, stated that the Guardian must appoint either his firstborn or another branch (male descendant of Bahaullah) as his successor, in his own lifetime. Shoghi Effendi not only had no children, but he expelled from the Bahá’í community every single one of Abdul-Bahas own descendants, making it impossible for him to keep his grandfathers commandments. He also died in 1957 without leaving a Will and Testament of his own, as required by Bahá’í law, throwing the Faith into a crisis.

3. Failed prophecy cover up  An early edition of Bahaullah and the New Era by J. E. Esselmont stated a prophecy by Abdul-Baha that by 1957 Universal Peace will be firmly established, a Universal language promoted. Misunderstandings will pass away. The Baháí Cause will be promulgated in all parts and the oneness of mankind established.  But what really happened that year was Shoghi Effendis death. The prophecy was deleted from later editions of the book.

4. Attack on Kalimat Press  In 2005 and 2006,The National Spiritual Assemblies of the Bahá’ís of the United States and the United Kingdom issued orders to Bahá’í communities under their command to stop selling books published by Kalimat Press, a small Bahá’í owned book publishing company, for publishing a few books that they happened to disapprove of. As a result, the company was crippled in its operations.

5. Dr. Hossein Danesh, sex offender  A member of the National Spiritual Assembly of the Bahá’ís of Canada, Danesh was stripped of his psychiatric license in the 1990s after being accused by several of his patients of sexual abuse. Instead of being expelled from the Bahai community, he was sent to the Bahá’í Landegg university in Switzerland, a private school which failed in 2005. Returning to Canada, he was hired by the NSA of Canada as a marriage and family therapist for fellow Bahá’ís!!

6. Italian Bahá’í financial scandal  Franco Ceccherini, a longtime member of the Italian National Spiritual Assembly, was found in 2007 to have stolen over 360,000 euros over 14 years while serving as the Assemblys treasurer. This was discovered only when the Italian government audited the Bahai community and then charged it 275,000 euros in back taxes, crippling financially the entire Italian Bahá’í community.

7. Stephen Birkland, Bahá’í secret police detective  In the 1990s, as a member of the Continental Board of Counselors for North America, Birkland led an investigation of Bahá’ís running an internet social forum known as Talisman where members could openly question and debate issues regarding the management of the Bahá’í communities. Birklands abusive tactics drove several Bahá’ís, including Juan Cole and John & Linda Walbridge, to resign rather than be condemned as covenant-breakers for taking part in Talisman, which was then shut down. Birkand was later rewarded for his zeal by being appointed to the International Teaching Center in 2008 and then he was elected to the Universal House of Justice in 2010.

So at the end of 2004, realizing that I had to remove myself from that community outright as a matter of honor, I wrote the following to the National Spiritual Assembly (NSA) of the Bahá’ís of the United States:

After years of investigation and soul-searching, I have finally come to the sad understanding that I can no longer bring myself to believe in Bahaullah or any of the institutions established in His name, including the Guardianship and the Universal House of Justice. I am totally convinced that the Bahai Faith is doomed to fail in its mission to bring peace, unity, and a Golden Age to humanity and I therefore resign from my past membership in the Faith. Goodbye.

I composed that letter on my computer and then mailed it in January of 2005. A few weeks later, the NSA replied that they had accepted my resignation and expressed hope that I would one day decide to return. That looked like denial to me, so I dismissed it and threw away the letter. Then I cut completely all personal ties to the Bahá’ís in the Fort Worth area. Despite this, I stayed silent about my defection from the Bahá’í Faith until October 19, 2007, when I posted my first blog entry attacking it. What you are reading now is an updated and expanded version of it.

I have joined the Unitarian Universalist Association (UUA) and found its principles to be far more enlightened than those of the Haifan Bahá’ís. And better still, they truly LIVE those principles too!

1st Principle: The inherent worth and dignity of every person;

3rd Principle: Acceptance of one another and encouragement to spiritual growth in our congregations;

4th Principle: A free and responsible search for truth and meaning;

5th Principle: The right of conscience and the use of the democratic process within our congregations and in society at large;

6th Principle: The goal of world community with peace, liberty, and justice for all;

7th Principle: Respect for the interdependent web of all existence of which we are a part.

I have every reason to believe that, unless the version of the Bahá’í Faith led by the Universal House of Justice goes down to extinction in the next century or two, it will become as dangerous as any other religion has ever been. It is not dangerous now only because there are so few of them. The Bahá’í Faith, which was founded in the 19th Century, looks exactly like what one would expect if one took the most liberal Western political and social concepts of that Century and grafted them onto the Babi terrorist teachings.

Despite my rejection of most Bahá’í teachings, I later supported my friend Eric Stetson’s effort to establish a new Unitarian Bahá’í (UB) community, blending the originally Western Bahá’í and Unitarian Universalist ideas. It may be the only way to save the Bahá’í Faith itself from continuing to degenerate into a destructive cult. If the UBs do not succeed, the Bahá’í Faith itself must be destroyed instead!