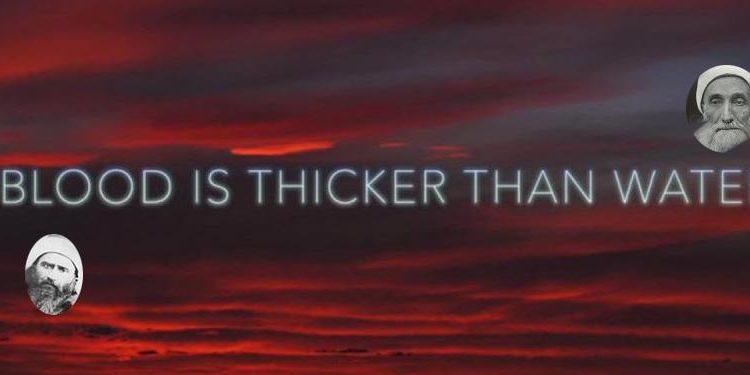 This is a short account of Bahaullah and his brother Mirza Yahya Noori, their lives together and the animosity between them. The objective of this article is simply to bring to the fore that fact that Bahaullah did not practice what he preached.
Let us see how.

Mirza Yahya “Subh-e-Azal” was 13 years younger than Bahaullah. He became a Babi at the age of 14. According to Nuqtatul Qaaf, when Mirza Yahya went in the presence of Qurratul Ayn at Barfarosh, “She truly nourished him with her milk until he became strong in manners and ethics under her training and guidance.” Since Mirza Yahya was a great favorite of Quddoos and Qurratul Ayn, all the other Babis also humored him. Consequently, he became everybody’s ‘darling’. Even the Bab himself sent him prized personal possessions like his ink pot, papers, writings, dresses and rings to Mirza Yahya. Moreover in his will he clearly nominated Mirza Yahya as his successor.
The Emperor of Iran had executed the Bab. Naturally, the Babis bore a lot of animosity against him. A feeling of revenge had crept into them. All this resulted in an unsuccessful attempt by the Babis to assassinate the Emperor. This attempt having failed, the Emperor now knowing of the intention of the Babis was furious at them. He imprisoned all those involved in the assassination attempt. In this connection, Bahaullah was imprisoned, whereas, Mirza Yahya escaped to Baghdad posing as a Sufi. After spending 9 months in prison, Bahaullah was released after the intervention of the Russian Embassy. After his release, Bahaullah went to Baghdad.
For the next 10 years the two brothers lived in Baghdad. During this period, since Bab appointed Mirza Yahya as the successor, Bahaullah too surrendered to his orders and executed his commands as his agent. This becomes clear from his writings during this period, which are full of expression and devotion to Mirza Yahya and announce his obedience to him.
(Bahaullah, Iqan, p. 195)

The disunion and conflict between the brothers and the followers did not cease with the name-calling and mudslinging, and after a while the followers of Bahaullah began to massacre the adherents of Yahya at his command. They trapped the opponents through foul lots and swooped down upon then and murdered them in cold blood (Ishraq Khavari, Abd-al-Hamid, Tarikh-e-Amr, p. 245).
Bahaullah had a sister by the name of Madame Iziyah, who wrote a book entitled “Awakening the Sleepy.” She points out to the inhuman massacres of the Babis in various parts of the book and names many people who had been killed through cutting off their necks or ripping off their bellies, or suffocating them in the river or shooting them, because of not believing in Bahaullah. (Iziya-e-Khanum, Tanbih-al-Na’imin, p. 15-16)
This article is not about the inhuman acts of the group. The aim of the investigation has not been to prepare a report of their crimes, because only a list of them will form a voluminous book. We wanted to see only how this ideology which claims to be divine, has met the needs of men for unity and solidarity. We saw that the foundation of this religion was essentially built on opposition to unity and correlation. We know that the family is the smallest and the most correlative organ of society and the cornerstone of the high mansion of “Oneness of Mankind.”
Now if someone does not want to and is unable to establish unity in this small unit and on the contrary induces an abusive and bloody conflict in its place, he will never be able to think of “Oneness of Mankind”, and will make no effort to create it. Rather he will make an attempt to destroy it as far as he can.
The above article and the references make it clear that Bahaullah was unable to maintain a united relationship with his brother. While he adhered to him in lesser times, he conveniently abandoned him at the first available opportunity. Truly, this reflects on the personality of Bahaullah and opens our eyes to their deception.

An Introduction of Baha’i Shenasi Magazine No. 1-10