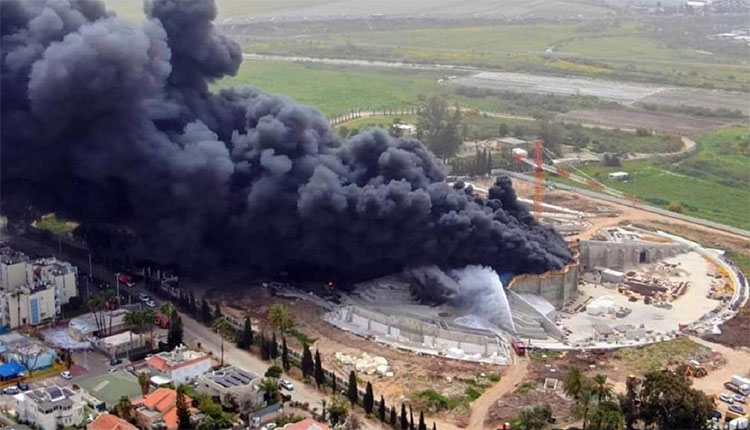 The burning of the Shrine of ‘Abdu’l-Baha

On Friday, April 8, 2022, a major fire was reported in a tomb being built for ‘Abdu’l-Baha in the northern Israeli port of Acre. The submitted images and videos showed a formidable fire that has rarely seen such horrific images of fire and smoke. The flames rose with the smoke tens of meters into the sky, and a terrifying, large tunnel of smoke swirled around the site of the construction site, blowing into the air like a conical tornado.

The situation was so strange and unexpected that even the House of Justice called on the Baha’is to pray for an immediate end to this widespread fire! The damage was so severe that after extinguishing the fire, the House of Justice, in its message on the occasion of this incident, said that only its assessment and necessary repairs needed to be taken and postponed it. 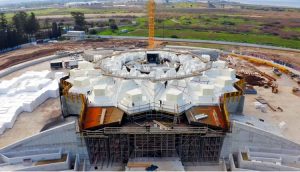 Picture 1. The Shrine of ‘Abdu’l-Baha before burning

Following this incident, until the moment of writing these lines, there was a heavy silence regarding informing about how many and because of the incident in this project, tens of millions of dollars. The local media, which reported much less than a hundred photos and news items, passed by it indifferently, except the Jerzalm Post newspaper, and the Western media around the world did not address the original news. Strangely enough, a message was issued to Baha’i groups urging the Baha’i community to remove even the images on their phones from the incident!

This news vacuum sparked widespread rumors in and around the Baha’i community. Baha’is who paid large donations for every inch of the building are still searching for the incident and wondering why such a big incident took place in a safest country in the world without any explanation, and regional analysts know that the Israeli government has used large amounts of Baha’i tourist income. Why are government news agencies so indifferent? Even some hard critics of the Baha’i Faith, such as the Azalis , considered it a ploy by God and a divine punishment. 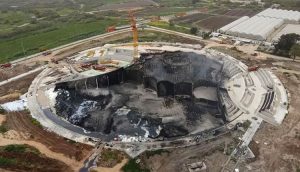 Picture 2. The Shrine of ‘Abdu’l-Baha after burning

In general, most of the available analyzes are divided into several main categories:

The first group considers this incident as just an incident. They have focused more on the poor management of the House of Justice in construction. Billion-dollar sprays for small projects, the selection of inexperienced contractors, and rent-seeking with opaque budgets may eventually lead to such incidents. Fortunately, the height of this expensive building was not very high; otherwise, it could have led to bigger accidents with heavy casualties. The group wants an end to the non-transparent procedure in all decisions of the House of Justice, especially very expensive constructions. They accuse Baha’i leaders of being extravagant and ambitious, easily squandering hard-earned funds from around the world, and have spent hundreds of millions of dollars on a building that could have been built at a much lower cost, and even the contracting team. And consultants have not provided a simple fire extinguishing system for the construction site to prevent the fire from spreading rapidly in the first moments, so that the House of Justice does not have to pray after the fire has spread. This incident has become the subject of controversy among Baha’is who oppose or agree with the House of Justice, especially since critics of the House of Justice believe that the fire will disrupt the planned routine of the House of Justice for this building and its side plans. The collectiveness of the collective decisions of these 9 people and the other decisions of that group shows that their divine knowledge and infallibility are not correct, and like many unfulfilled predictions, this project will not be completed in due time.

The second group believes that with the spread of information and the recognition of the connection between Baha’ism and Zionism, especially the role in mediating Arab lands for the Jews by ‘Abdu’l-Baha, would sooner or later avenge this bloody mediation, and this could only be arranged by Arab construction workers. Because most of the construction projects in that area are built by Arab workers, it is enough for a Palestinian to know about the role of ‘Abdu’l-Baha in buying Palestinian land and selling it to Zionist landowners by They observe that the occupying government has never been subjected to Baha’i property, but that Palestinian homes have been coveted by Jewish settlers. Naturally, this revenge will be the easiest way to alleviate the aching heart of the young Arab, and on the other hand, the security controls of the government are not so serious in this regard, and incidentally, The Israeli Government may not be reluctant to use this excuse to enter into the pocket of UHJ. After all, sending a military group to protect Baha’i buildings costs the government, and the House of Justice has a lot of money to build such buildings. Other documents of this group claim to send weak and incomplete troops and firefighting facilities to the site of the fire. Flammable was not made from the source of the fire and everything that could burn was burned to a distance of several tens of meters to the last particle.

The third group blames extremist Jews for the incident. They say that nowhere in Acre and Haifa, which are in the safest parts of the pre-1948 territories, would such a huge incident not occur without a reason. Building a tomb for a non-Jew who has called Palestinian Jews apes that has been written in book The Nine Years of Memory of Acre, p.142. There is no need to devote the best of the Mediterranean to Baha’i gardens, and it would be better to build synagogues and promenades for Jewish youth instead of Baha’i tombs. Even though Mount Carmel, formerly in the Torah as the place of worship of the prophet Idris, has enough historical evidence for the Jewish symbol of this city, that in a Jewish land, the tomb of Bab’s anti-Semitic (Found in the book Makatib (Persian copy) of ‘Abdu’l-Baha, vol. 2 p. 266, referring the order of Bab to destroy all religious buildings of other religions, and also Abolfazl Golpayegani in the book Kashf al-Ghetta (Persian copy) p. 367).

The Baha’i buildings have become a symbol of the city of Haifa, which is not acceptable to Hardline Jews. But today Haifa travelers recognize the mountain as a Baha’i Garden and a non-Jewish shrine. They think that the problem they are having today with the Muslims in Jerusalem over the Temple of the Prophet Solomon in Jerusalem will sooner or later be repeated with the Baha’is, and that this confrontation should be avoided as soon as possible. This is unacceptable to the Jewish inhabitants of that land, and tourist revenues will not be a convincing reason for such constructions, and it would be better to obtain these revenues by visiting Mount Carmel and the remnants mentioned in the Torah. The group does not consider the restrictions on obtaining a nine-day pilgrimage to Baha’i holy lands sufficient. Just as Christians’ visit to the birthplace of Jesus Christ is severely restricted, so should Baha’is consider other places of worship. Perhaps it is the analysis of this current of thought that has caused the House of Justice to think seriously about Baghdad and Iraqi Kurdistan, and the intensification of the activities of the House of Justice in Iraq for this reason. Regarding the Tomb of Bab, the question arises as to why the tomb of someone who, according to ‘Abdu’l-Baha, had no unity with the human world and was generally disrespected by the general religions and called for the destruction of holy sites and the burning of other people’s books is now in Mount Carmel should have such a great tomb?

Baha’i research group never enter such scenes because they do not have accurate information, and they do not confirm or deny any of these possibilities, but they are happy that no one was injured in the incident and hope that in the end it will be a human error, or even a sabotage operation was the cause of this fire, which eventually led to the right and rational decisions of the Baha’i community in the face of current facts and future events.

The perspective that Baha’i research enter is the perspective of thought and logic and dialogue based on open evidence and historical evidence. To examine and critique the Baha’i Faith, we have seen and held so much conclusive evidence and clear contradictions that we no longer see the need to use evidence that contains the unclear subjects. Different scholars and writers from different perspectives have criticized and studied so many issues in the Baha’i Faith that it is no longer necessary to critique such issues that the parties cannot clearly reject or accept them.

As a good suggestion to study some of these scientific criticts on ‘Abdu’l-Baha, click the following links or search the word «‘Abdu’l-Baha» in our site: