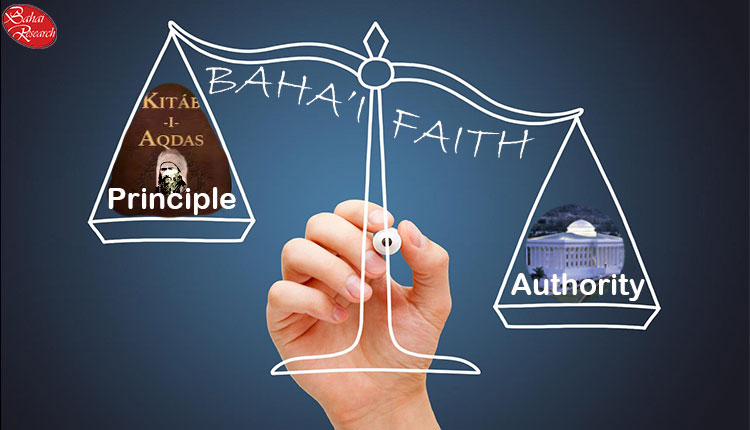 The Baha’i Faith regards the equality of men and women as one of its fundamental tenets, yet excludes women from service on its international governing body, the Universal House of Justice) In Israel ), based on what are believed to be infallible interpretations of Baha’i scripture. This article outlines how the exclusion developed, and describes challenges from liberal Baha’i scholars, as well as the response to these challenges from the administration and rank and file adherents. It demonstrates that, when confronted with a contradiction between a basic principle upheld by religious teaching and loyalty to authority, the Baha’i administration and the majority of adherents have chosen the latter.

The Baha’i Faith is well-known for including several liberal social principles as part of its basic religious outlook, including gender equality. Not only is the equality of men and women explicitly advocated in Baha’i scripture, it is often referred to in public statements by Baha’i institutions, is a frequent subject of study by Baha’i scholars, and a subject of concern in ordinary consultation in local Baha’i communities. The education and advancement of women is a common target for social service projects in the developing world.[1] Women vote in Baha’i elections, and serve in powerful positions at all levels of the administration. It should also be remembered, however, that the Baha’i Faith is a religion standing squarely within the Abrahamic tradition, based upon texts that are believed to be a revelation from God. While these scriptures promote women’s equality in a way quite remarkable for a religion that began in nineteenth-century Iran as a messianic movement within Shi’a Islam, that equality is not absolute. Men and women are occasionally treated differently in Baha’i law, either because of physical differences or based on the assumption of a patriarchal family structure.

While Baha’is profess a strong commitment to the advancement of women, the religion takes a strongly quietist stance on political activity, which discourages participation in secular women’s movements. Baha’i writers on the subject have noted that Baha’i discussions of gender issues tend to lag behind feminist explorations, and can seem “naïve . . . if not childish” by comparison.[2] Moreover, Baha’is tend to have conservative views on sexual morality, since Baha’i law limits sexual expression to heterosexual marriage, and generally disapprove of abortion, although they avoid the political “pro-life” label.

The importance of women’s equality is also often framed in terms of the millennialist belief that in the new era inaugurated by the Baha’i revelation, stereotypically “feminine” qualities, such as compassion and nurturing, will be more highly valued. The advancement of women is thought to be directly tied to the Baha’i hope for world peace.[3]

The most glaring inconsistency between the broader principle of gender equality and Baha’i practice is that women are not allowed to serve on the religion’s highest governing body, the Universal House of Justice (UHJ), which is elected every five years and has its seat in Haifa, Israel. Women are among the electors, which consist of the world’s National Spiritual Assemblies (NSAs), the elected bodies that govern the affairs of Baha’i communities in individual countries, but they are not considered eligible for election themselves, based on the authoritative interpretations of Baha’i scripture.

This exclusion tends to be downplayed in public presentations, so that it is not uncommon for converts to discover it only after joining the community. It is fairly typical for Baha’is to deny that the exclusion is even relevant to their religion’s stand on gender equality. However, as became very evident with the expansion of the Internet in the 1990s, not all adherents are quite so sanguine concerning this conflict between principle and practice in their religion.

The issue as to whether or not the exclusion of women from service on the UHJ can be changed, or is an unalterable feature of Baha’i governance, was a perennial topic of debate throughout the 1990s and a touchstone issue dividing liberals from conservatives in the clashes over scriptural interpretation raging in Baha’i cyberspace. Indeed, because it has been debated over a period of years, by a wide variety of Internet posters, it becomes a useful lens through which this conflict can be examined. It reflects concerns about authority within the religion and challenges presented to popular Baha’i beliefs from the academic examination of its history.

When faced with the contradiction inherent in believing in gender equality as an article of faith while excluding women from its highest governing body, the majority of adherents have chosen loyalty to authority over adherence to the broader principle. Liberal attempts to reconcile the two through the examination of how the exclusion evolved have been rejected, and are viewed as efforts to undermine the religion itself. The most articulate proponents for women’s full equality have been sanctioned, or threatened with sanctions, in an attempt to marginalize or stigmatize discussion about the possibility of reform. While official statements from the administration actively promote the ideal of equality in the world at large, Baha’i women themselves are not only excluded from the top of the hierarchy, but are also expected to remain content with the exclusion.

The Baha’i religion was founded in the nineteenth century by the Iranian nobleman, Mirza Husayn ‘Ali Baha’u’llah (1817–92). He had been part of the millenarian Babi movement, established by Siyyid ‘Ali Muhammad (1819–50), known in the West as the Bab, meaning “gate.” This young merchant from the southern Persian city of Shiraz proclaimed himself the Qa’im, the messianic figure expected by Shi‘a Islam. In 1850, the Bab was executed and thousands of his followers were massacred, driving the remainder of his followers underground. Baha’u’llah was imprisoned, then sent into exile, where he claimed to be the “Manifestation of God” promised to appear after the Bab, and transformed the radical sect into a religion based on principles of racial and religious tolerance and peace. In his will, Baha’u’llah appointed his eldest surviving son, ‘Abdu’l-Baha (1892–1921) as the leader of the faith and authorized interpreter of his writings. In turn, ‘Abdu’l-Baha appointed his eldest grandson Shoghi Effendi Rabbani (1921–57) as Guardian, a hereditary position granted executive power and the authority to interpret scripture. Since he died childless and without appointing a successor, no further authorized interpretations are possible, and it is largely his vision that has shaped the Baha’i religion as we know it today. While Baha’u’llah’s writings provide for the religion to be governed by consultative bodies he called “Houses of Justice,” the organization of the administration took place over a long period of time, most markedly during Shoghi Effendi’s ministry, and the Universal House of Justice was not elected until 1963. While only the writings of Baha’u’llah are considered to be divine revelation, the interpretations of his successors ‘Abdu’l-Baha and Shoghi Effendi, while theoretically holding a different “station,” are given virtually equal weight as far as Baha’i belief and practice are concerned. The standing that each of these successors held as infallibl interpreters is part of the doctrine that Baha’is call “the Covenant.” That is, the belief that turning to, and accepting the authority of the successive heads of their religion is an essential element in maintaining its unity; and opposing that authority, or turning to an alternative, is the worst spiritual crime that a Baha’i can commit, a violation that can be punished with excommunication and shunning.[4] Most Baha’is also believe that the UHJ is divinely guided in its decisions, so that open criticism or opposition to any policy is seen as impermissible, and can provoke extremely hostile reactions. The interpretations of Baha’i scripture that disallow women’s service on the Universal House of Justice are based upon Baha’u’llah’s use of the Arabic word rijal, meaning “men,” to describe its membership. However, this term is not quite as clear as it might first appear, since in Persian usage, the word can also be used to refer to notables or prominent people, regardless of gender.[5] Another element of the controversy is that Baha’u’llah refers to the members of the plural “Houses of Justice,” i.e., the local governing bodies, as rijal as well, and current Baha’i practice allows women to serve on them. In fact, Baha’u’llah specifically states that in this age “the maidservants of God are accounted as men,” with rijal being the term used there. He calls upon his female followers to “arise in a masculine way” to serve his religion, essentially equating masculinity with such qualities of character as courage, steadfastness, and knowledge.[6] In any case, Baha’u’llah makes no direct command to limit the membership of the Houses of Justice to men, only, at most, an assumption that members would be men. In the nineteenth century Middle East there were very few educated women who would be prepared for service on such a body, and mixed-gender meetings would have been considered immoral. In fact, women in Iran were not given permission to serve on local and national spiritual assemblies until 1954, forty years later than their Western counterparts. When the Baha’i religion became established in the U.S. in the 1890s, women served in various offices, but on the instructions of Persian teachers sent by ‘Abdu’l-Baha, the elected governing councils of the larger Baha’i communities became exclusively male. Women formed their own separate councils and committees. Many Baha’i women were unhappy about this situation, and there was a good deal of tension between these segregated bodies.[7] In 1902, Corinne True, one of the most prominent of these women, wrote to ‘Abdu’l-Baha, asking him to allow women to serve on the governing board in Chicago. The answer she received remains the key to today’s practice:

Baha’is respond to the conflict between their religion’s teaching on the equality of the sexes, and the exclusion of women from the Universal House of Justice in a variety of ways, but the majority is willing to compromise the broader principle for the sake of upholding beliefs about religious authority. Attempts on the part of liberal adherents to interpret the historical context in a way that would allow for the exclusion to be lifted have been rejected. Although a significant minority of Baha’is express at least some degree of discomfort with the exclusion of women from the Universal House of Justice, the vast majority accept the policy, even if some believe it amenable to change. There is no grassroots movement demanding reform, and indeed, it is difficult to see how one could possibly develop in a community where the simple presentation of historical and scriptural arguments is seen, both by the administration and many adherents, as an attack on the religion itself. Any sort of organized protest movement would be considered “covenant breaking” and result in excommunication, and so Baha’i dissidents remain a loosely-connected group of individuals who share a common perspective. There is no “women’s movement” within the Baha’i Faith comparable to that existing in many other religious groups. In fact, given the importance of sexual equality to Baha’i identity, Baha’i men are as likely to voice objections to the exclusion as Baha’i women. Overall, one is left with a sense of missed opportunity. The scriptures of the Baha’i religion explicitly uphold the equality of men and women, and the promotion of this principle is an essential part of Baha’i identity, especially among Western Baha’is. Yet the exclusion of women from the highest elective office has created a culture of denial, and has even caused some Baha’is to engage in sexist and stereotypic thinking about women in order to explain it. While the Baha’i religion has a positive role to play, especially among its adherents in the developing world, and it gives women comparatively more power than they have in most religious hierarchies, its potential for progress is hampered by a conservative approach to religious authority and the interpretation of religious texts. 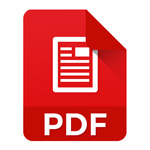 Doctrines Of Baha’i Faith-The Equality of Men and Women