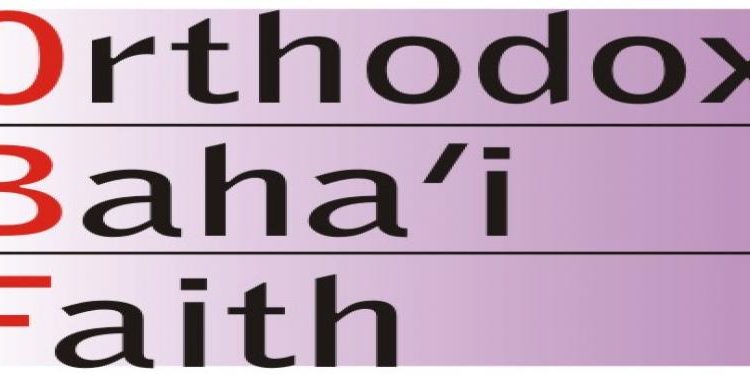 Who Created the Sects in Bahá’í Faith?

Dr. A. Parikh Secretary of the National (Orthodox) Bahá’í Council of India

My Dear Bahá’í Friends!
Some of the friends enquire as to why the Divine Cause (Bahá’í Faith) has become divided into different sects? What are the factors behind it? Who is responsible for this division?
It is well understood why such questions should come to mind. But it is sad that there is no discussion on such questions nor do we investigate the answers to such questions. While ‘Abdu’l-Bahá insisted that:“The shining spark of truth cometh forth only after the clash of differing opinions.” (Abdul-Baha, Selections from the Writings of Abdul-Baha, p. 87)
Friends claim that:
According to the sayings of Abdul Baha, the “Guardian” should be from the lineage of Baha’u’llah. This is not correct in any way. Baha’u’llah has never placed, or written, any such condition concerning the Guardianship. In fact, He has only alluded to the Guardianship in His Writings, and it remained for ‘Abdul- Baha to establish the institution of the Guardianship in His Will and Testament. I request the friends whenever you quote what “Abdul Baha says”, please quote His correct and exact words and do not insert the doubtful ideas of your own mind.
The majority of the friends are unaware of and lack knowledge of the truth but, on the other hand, accept whatever has been stated by the UHJ, the NSA or LSA and rely completely upon erroneous facts. They do not strive to know anything other than those confused ideas and attribute those baseless, adverse and confused ideas and facts to Bahá’u’lláh.
In the Writings and Tablets of Bahá’u’lláh and ‘Abdul Baha, preference is given to impeccability and perfection and it is emphasized that preference should be given to spiritual relationships over physical relationships. Therefore, ‘Abdul Baha explains the matter as follows:
“The lineage of descendants is of two types one is from physical descendants and the other is spiritual. One is born of clay and water, and the other from the soul and heart.” (Ma’idiy-i-Asmani, Vol 5, p.161)
“O dear one of ‘Abdul-Baha! Be the son of thy father and be the fruit of that tree. Be a son that hath been born of his soul and heart and not only of water and clay. A real son is such a one as hath branched from the spiritual part of man. I ask God that thou mayest be at all times confirmed and strengthened.” (Selections from the Writings of Abdul-Baha, p.140)
The Friends should note that Assemblies do not have any right to decide or discuss “any matter” outside the powers and responsibilities fixed by Abdul Baha and Shoghi Effendi. Then, who authorizes them to either change or falsify the intent of statements made in the “Tablets and Will and Testament” and thereby goagainst the explicit Holy Text?
They cannot decide that the Guardianship shall continue or not continue in the Baha’i Faith, because according to the Will and Testament, the Guardianship of the Cause of God will continue till the end of the Dispensation of Baha’u’llah. Even if all the people of the world should stand against him the truth cannot be changed by decision of the people.
As for the current sects in the Baha’i Faith, this is due to those Baha’is who, following the passing of Shoghi Effendi, stood against the Expounder and Interpreter of the Words of God– “The Guardian of the Faith”– and,unfortunately, the majority of the Bahá’ís blindly followed them. It was far better had they paid attention to the words of ‘Abdul Baha. For He said:
“Were it not for the protecting power of the Covenant to guard the impregnable fort of the Cause of God, there would arise among the Bahá’ís, in one day, a thousand different sects as was the case in former ages. But in this Blessed Dispensation, for the sake of the permanency of the Cause of God and theavoidance of dissension amongst the people of God, the Blessed Beauty (may my soul be a sacrifice unto Him), has through the Supreme Pen written the Covenant and the Testament; He appointed a Center, the Exponent of the Book and the annuller of disputes. Whatever is written or said by Him is conformable to the truth and under the protection of the Blessed Beauty. He is infallible. The express purpose of this last Will and Testament is to set aside disputes from the world.” (Abdu’l-Baha, Bahá’í World Faith – Abdu’l-Baha Section, p.357)

My Dear Bahá’í Friend!
Do you now realize why the different sects came into existence among the Bahá’ís? Do you understand to whom Abdul Baha has referred to as the Disputer and Creator of the Sects?
It should now be clear from the terms of His “Will” that disobedience to the Guardian and rebelling against him have now caused the several sects to come into existence.
The true Bahá’ís are those who are under the Shelter of the Guardian. The deviated sects are those who have turned away from the true Guardian. It is my fervent hope that soon all the friends will turn unto the living guardian of the Faith and will be submissive unto him.

Ref: Written by Dr. A. Parikh, Secretary of the National (Orthodox) Bahá’í Council of India on 27th July 2007.

The Babi Uprising in Zanjan Causes and Issues