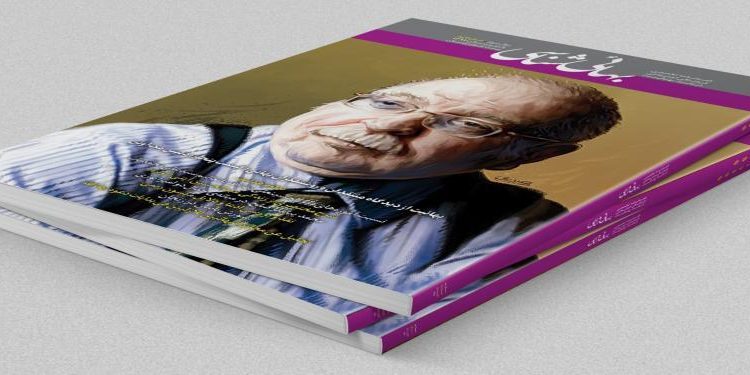 The joint 7th. and 8th.Edition of Baha’i Shenasi Quarterly Periodical was published

The abstracts of contents are per following:

–  Appreciating Sazandegi Newspaper that printed the news of publishing “Baha’iShenasi “Periodical with the title of “A critical approach to Baha’i Sect” and welcomed its 250 pages publishing.

– The article “Continuation of Guidance” about verses and narratives which indicate that divine guidance has continued by 12 innocent successors (Imams) of The Last Prophet Mohammad (pbuh).

– “On the news line” addresses the issue of funerary system for Baha’is and the explicit controversy of Baha’i commandments on this issue that becomes obvious for any reasonable person.

– A report about the translation of Agdas Book to one of the subsidiary languages of Philippines that makes scholars surprised while it is not yet translated to Persian.

– Criticizing “the Gate”, a movie by American Baha’is, as “Lie gate” .

– A documentary interview with Seyyed Megdad Nabavi Razavi is presented titled as “The relationship between teachings of Mirza Hussein Ali Bahaullah and the doctrine of Mohammad Ali Bab”. One of the conclusions that the reader may come to is that “Man yazharohollah – the One whom will be manifested by God” cannot be Bahaullah himself and Bahaullah succession is essentially problematic regarding the reasons mentioned in the interview. The other controversies in Baha’is which are discussed in this interview with the senior expert of Islam History are also interesting. There is a paper of this researcher and author of “Tanbih-ol-Naemin” in Arabic titled as “Tahlil an majazere-el-bahaiin lelazalliyin fi bedayat davit Bahaullah” at the end of this volume and its Persian translation was presented in “BahaiShenasi” Periodical, Vol. 5.

– Denis Martin Mac Eoin, a Baha’i writer, researcher and critique who converted from Baha’ism after 15 years is also introduced. He believes that the Baha’i leaders are continuously dealing with purging the Baha’i texts and changing and distorting its history. He also objects the absence of women in Baha’i leadership, as well as the innocence of Baha’i Leaders of UHJ. He says: “any educated person with views different from Baha’ism Leadership faces with Baha’is cruelty and dismissal and boycott. Reading this educated thinker’s words about Bahait and his critics of some of Edward Brown’s memoirs about primary Baha’is is interesting. These are the issues that no dogmatic Baha’i is willing to autopsy and, instead, makes any liberal Baha’i think about vanity of Baha’ism and rationally warns.

– A brief biography of Abdul Hussein Ayati’s life and facts of his conversion to Baha’i Faith and re-conversion from it to Islam is presented.

– Introducing Juan Cole’s (an intellectual who converted from Baha’ism) entitled “Muhammad: Prophet of Peace amid the Clash of Empires “

– A research on the challenge in Baha’i Leadership titled as “critique and study of Mason Remey’s claims and reasons”.

– the Uprising of Babis in Zanjan.

– Each sentence and word of this journal opens a door for Baha’i freethinkers of any scale to study and find the truth explicitly; either following it or turning from it.

The Quarterly Baha’i Shenasi (Research) No. 9 was published