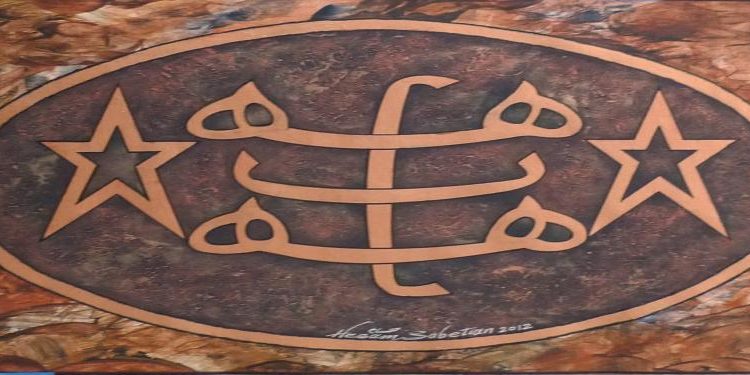 The Origin of the Baha’i Movement

Kamar Bahai (October 5,1904 – November 10,1970) was a granddaughter of Baha’u’llah through his son Badi Ullah. This introductory essay about the origin of the Bahá’í Faith and its founder is compiled from part of a circular letter or pamphlet that she wrote in September 1952 called “The Bahá’í Movement” and the entirety of another one she wrote in January 1953 called “Baha U’llah.” Both were originally written in English and Arabic versions, as were all the letters and essays of Mrs.Bahai that are reproduced in this book.

The reader has noticed that the local newspapers, Hebrew and English, have allotted space to writers who attempted insofar as they were acquainted with the subject to publish information regarding the essence of the Bahá’í movement… .

Now by virtue of my personal status as granddaughter of Baha’u’llah, the founder of the movement, and in response to many wishes expressed and questions set down in numerous letters I have received from Israel and abroad following the publication of my circular No. I feel bound to put before the reader a concise and clear exposition of the essence and teachings of the movement… .

Let me now take the reader back to Persia, the birthplace of the movement, to Persia the all powerful who bestowed an unrivaled civilization to the world, who produced great kings, statesmen, poets and philosophers, and let us together turn over the pages of history until we reach the end of the 18th and the beginning of the 19th century. Now we find that the Icings are either too weak or too cruel, the religious heads fanatical to the extreme, and the people sunk into ignorance, for how could education be encouraged when science and knowledge were looked upon as hostile forces working against religion?

Therefore with corruption prevailing in the government, with fanaticism replacing religion, and with an economy in confusion, the country was about to collapse.

Under the circumstances it was inevitable that a social revolution should occur. A distinguished reformer rose to lead the revolution against the thenexisting evils. By virtue of his fiery spirit, his eloquence, convincing logic and peerless courage, he was able to enflame the feelings of the people and create an enthusiasm among the intellectual class whose members were scattered all over Persia but had long been waiting for the consummation of the prophecy which foretold the imminent appearance of a great reformer. He laid down the foundations which afford a firm basis for unity, universal peace and goodwill, for the search after truth, the oneness of mankind, the unity of religion, of races, of East and West, the reconciliation of religion and science, the eradication of prejudice and superstition, the equality of men and women, the establishment of justice and righteousness, the setting up of a supreme [inter] national tribunal, the unification of languages and the compulsory diffusion of knowledge. This moral and spiritual reform and ideal progressive movement aimed at elevating humanity, socializing religion, unifying the fundamental ideals of the world and harmonizing the conflicting interests of nations.

Dear reader, if you scrutinize the above-mentioned ideal principles propounded by the founder of the movement, you will discover that they are for the interest and happiness of humanity. The Bahá’í movement has preached these humanitarian principles from the beginning of the 19th century.

God’s revelation is like a crystal fountain that flows into the hearts of the prophets from time to time.

This fountain, crossing the life of Zoroaster, produced through his teachings great kings, experienced politicians, wise philosophers, inspired poets and outstanding men of art. That same fountain inspired the great Buddha, who came as a huge cloud and showered his principles and quenched the thirst of millions of people.

It overwhelmed the quiet life of Confucius, and made the Chinese people a cultured and pious nation.

It found its way into Moses’ heart, as a result of which the desert blossomed in fruit and flower. It made a deep incision into Jesus Christ’s soul, and then the scent of the flowers of love perfumed the lives of the believers. It penetrated with violence and turmoil into the Arabian desert, where Muhammad, the irrigator watered the fields of knowledge, art and science. And now this current of revelation struck the hearts of the Bahá’í leaders. Mirza Husayn Ali, later named Baha’u’llah, was born in the city of Nur, Persia in the year 1817. He was the same reformer whose imminent appearance was prophesied by Mirza Ali Muhammad “A1 Bah”12 when the latter started his movement in May 1844, in which he declared that the world with its methods and worn-out traditions was about to collapse and a new free and strong world would replace it.

Baha’u’llah began his revolutionary mission in 1863 and waged a relentless war against the worn-out traditions and the forces of evil, as a result of which he was stripped of his hereditary title as a noble in the Persian Court and suffered the loss of his vast estates through confiscation.

He proclaimed the end of the night of aggression and cruel fanaticism and prophesied the dawn of peace and brotherhood, preaching the oneness of Earth, race and religion. And he is the one who said that all the human race springs from one source and the apparent differences result from differences of environment and degrees of culture, and that humanity is nothing else but one family. After all, God created the Earth without boundaries or frontiers.

The founders of the great religions in the world are but inspired people carrying holy messages to different corners of the world at different intervals of time. Bahá’ísm is not an organization but a system of thought and a new way of living.

The effect of this was that the authorities of the state together with the authorities of religion combined, arrested and imprisoned Baha’u’llah and later exiled him with his family and a group of his followers across the Persian border. Baghdad then became his residence.

During the first twelve years of his exile in Baghdad, the Bahá’í movement expanded and spread, for the suffering which he experienced and the hardships which beset him did not stop him from delivering his message. Men and women from various regions flocked to quench their thirst from this sweet and holy fountain.

Later he was exiled anew to Constantinople and from there to [Adrianople] and at last to the fortress of Acre.6 From that impenetrable fortress, this great prisoner spread his teachings of love, brotherhood, peace and justice to the East and West. From within the wall of this great fortress, Baha’uilah sent his messages to the kings, emperors and rulers of the world, in which he showed them the way to salvation and urged them to put an end to the rule of violence and establish a reign of justice and brotherhood, and to erect the foundations for a permanent international parliament.

These principles mentioned above, preached by Baha’u’llah with great power of Spirit, were transmitted to the President of the United States of America, to the King of Prussia, to the Emperor of Austria, to the Tsar of Russia, to Napoleon III, to Queen Victoria, to the Sultan of Turkey, to the Shah of Persia, and the Holy Pope.

After 40 years of exile and continuous labor and after the martyrdom of 20,000 of his followers, Baha’u’llah died in 1892, leaving a will to his eldest son, Abbas Effendi, to be succeeded by his second son, Mohammed Ali Effendi, assigning to them the spiritual leadership of the movement and the responsibility of carrying out his mission of brotherhood and peace.

The Paradox of the Bahá’í Faith

The Cultural and Religious Precursors of Bahá’ísm