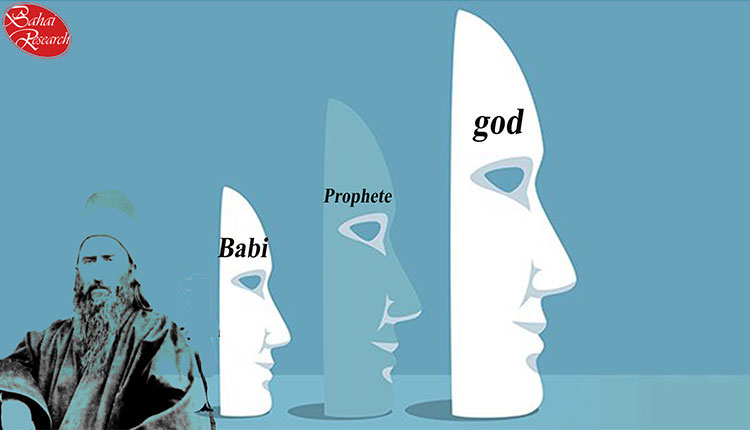 In Islam, worship of Prophet Muhammed (PBUH) is one of the gravest sins you can commit. Muslims don’t like being called ‘Muhammeddans’ as they belive that it gives the wrong impression that they worship the Holy Prophet (PBUH). Now (some of the) Baha’is try to imitate this by telling others not to call their religion Baha’ism as they say it is same as calling Islam- Muhammedanism. They say that the right word for their religion is Baha’i Faith. On the look of it everything looks fine. But one has to remember that all that glitters is not gold. Let us look at some of the facts and Baha’i beliefs and decide whether it is the same as in the case of Islam or not.

Isn’t Bahaullah considered to be a prophet by the Baha’is?

Well, the answer is not that simple, we better let the Baha’is answer this question for they themselves are very much confused about the station of Bahaullah. Sometimes he is spoken of as God himself & sometimes as a Prophet of God (They both aren’t the same, are they?).  I will merely reproduce here a few of his writing and let the Baha’is account for this.

Bahaullah initially claimed to be a Prophet beside the other hundred and one claims. But later on, after he knew that he had enough following, he came up & claimed divinity. The following is the first so called revelation that Prophet part of Bahaullah is supposed to have received when he was in prison:

“During the days I lay in the prison of Teheran, though the galling weight of the chains and the stench-filled air allowed Me but little sleep, still in those infrequent moments of slumber I felt as if something flowed from the crown of My head over My breast, even as a mighty torrent that precipitateth itself upon the earth from the summit of a lofty mountain. Every limb of My body would, as a result, be set afire. At such moments My tongue recited what no man could bear to hear.”

To the non Baha’is who are new to the faith, Bahaullah is portrayed only as a Prophet. There are several websites on the net which try to prove to the world the prophethood of Bahaullah.  It is however strange that he is also considered as God. Here are a few quotations where Bahaullah declares his divinity.

The truth is revealed! In all the above verses Bahaullah is clearly claiming divinity for himself here.

The Baha’is even turn towards the shrine of Bahaullah when they offer prayers. Just listen to this statement in the Badaae ul Asaar of Abdul-Baha.

Even more revealing is this statement of Bahaullah in a letter to his son Abdul-Baha.
7. “This s a letter from Allah, the Honoured and the Wise (Bahaullah) to Allah the Gracious, the Aware (Abdul-Baha).”

This statement really shocked me when I read it. But the one statements which is most hurting to a Muslim is in the Kitab al Aqdas where Bahaullah writes:

“A lot of requests and supplications from my followers reached ‘My’ Arsh wherein they have asked many questions from me. Thereupon Baha has revealed Epistles upon them. there was a request for revealing the Ahkam (Laws). But due to some wisdom, I withheld My pen and did not accede to their requests. Having received innumerable such requests from them, I have now acceded to their requests so that their hearts may remain alive”.

We have seen above that initially Bahaullah made less dramatic claims as he did’nt have the neccessary following. Only after his popularity & following grew did he publically declare himself divine. We must also note that his claims grew bolder as time passed.

The divine status of Bahaullah is a fact of Baha’i Faith which is cleverly hidden from the non Bahai. This is clearly a deceptive tactic used by the Baha’is. But those people who hide these facts must remember that they cannot hide the truth forever.